Happy birthday, Rihanna! The sultry singer (born Robyn Fenty) turns 26 today. Though she skipped the recent Grammy Awards, Rihanna still won Best Urban Contemporary Album for her chart-topping Unapologetic (which featured the ethereal hit "Stay"). We missed seeing her on the red carpet: Her crimson Azzedine Alaia gown at the 2013 Grammys was chosen by InStyle.com readers as one of the top 5 favorite looks of 2013.

The multiplatinum-selling singer—who teamed with fellow fierce artist Shakira on the single "Can't Remember to Forget You"—has a serious focus on fashion: She’s host and executive producer of the Bravo competition show Styled to Rock where the winner got the chance to become the next member of RiRi’s design team. Rihanna —who’s the face of French fashion house Balmain’s spring 2014 ad campaign—has created capsule collections for Armani and London high-street brand River Island. She’s also forayed into the beauty world with her three fragrances, Reb'l Fleur, Rebelle, and Nude, and is a MAC Viva Glam Ambassador with her own red-hot Viva Glam lipstick and lipgloss shade (with the proceeds benefiting women, men, and children living with HIV/AIDS).

One of the most active stars on social media, Rihanna has a staggering 84 million Facebook fans, 34 million Twitter followers and is the queen of the sexy selfie: Her 11 million Instagram followers avidly keep up with her body-baring bikini shots and sultry poses. To celebrate Rihanna’s birthday, see our gallery of her ever-changing looks!

MORE:• See Rihanna's Best Looks Ever!• Exclusive! Behind-the-Scenes with Rihanna and MAC• See Rihanna’s Many Hairstyles — On You! 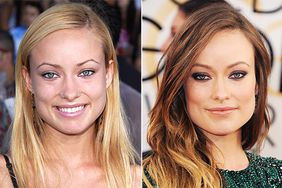