When we first meet Hana Mae Lee's quirky, soft-spoken character, Lilly Onakuramara, in Pitch Perfect, she's auditioning for the Barden Bellas and bluntly states that she "was born with gills like fish." The perplexing intro results in head scratches from a gaggle of aca-bitches, but, according to the actress, there's actually some truth to it: Her self-described "fish-shaped" lips promulgated a not-so-nice nickname in high school—but more on that later.

As far as the rest of Lilly's eccentric behavior—making a snow angel in Aubrey's vomit and telling her teammates that she ate her twin in the womb—it's a welcome addition to the eclectic, self-deprecating, insanely talented group. And—spoiler alert!—we can expect even more from her in the much-hyped sequel, in theaters Friday. "There may be something she does that saves somebody's life," Lee tells InStyle. "Plus, you know, a lot of beatboxing."

We caught up with the girl who "sets fires to feel joy" in advance of Pitch Perfect 2's release. Here are nine interesting facts we gleaned that may surprise you:

"Growing up, my dad would get so mad when I would speak English. I’m American, and I was born here, but even though English is technically my first language, my dad would never let me speak it in the house, so sometimes I feel like it’s my second. When I’m doing lines, sometimes I’ll think about them in Korean. It’s weird."

2. She once starred in an ad campaign with Kim Kardashian.

"It was for Midori liqueur, and the whole campaign was, 'Have Midori and stand out.' She wore a bright green Hervé Léger dress, and we all stood behind her staring her down. It was hilarious."

3. She has a design degree.

"I studied fashion at Otis College of Art and Design in L.A. When I was younger, I’d look at clothes and be like, 'I can make that,' but I mostly did it for my mom—she ran her own fashion boutique in Korea with one-of-a-kind Pradas and other high-end designers and her fashion sense was super awesome."

4. And she’s designed clothing for Juicy Couture and Mossimo.

“I designed Mossimo’s boy’s label and their plus-wear line for Target. At Juicy Couture, I did all of the sweats with those floral designs. I almost went to New York to design menswear for Ralph Lauren's Purple and Black Labels, but I felt like I couldn’t abandon acting just yet, because it's hard to juggle both. My parents were kind of upset. I think when I booked my first TV show, Mike & Molly, and when I got Pitch Perfect, my mom became more supportive. My dad is kind of still getting there.”

5. She has her own clothing line.

"It's called Hanamahn, which translates to 'one' in Korean. It launched in 2009 with jackets and sportswear, and I started creating one-of-a-kind pieces for different musicians. I use a lot of leather, mesh jersey, and a lot of wiring for rings. I have a soft spot for details. One of the vests I designed is in the first Pitch Perfect poster!"

“I’ve always wanted to act, but my parents were just like, ‘Don’t do that, do fashion.’ My dad wanted me to go undercover and expose all of the corruption in the industry. He was captain of his police team in Seoul and worked very closely with the FBI."

7. She originally auditioned for the role of Stacie in Pitch Perfect (and performed a Korean folk song at her audition).

"I was going for the role of Stacie, the hot girl who can’t sing, and when I got the callback, they wanted me to read for Lilly. I had the wrong script, so the casting directors asked me to take five minutes to work out it. I just spoke really, really softly, and I didn't have a musical number prepared, so I busted out an old Korean folk song."

"I used to coordinate all of the talent shows in my high school, so it was fun to show off those moves in the movie."

9. Her nickname growing up was “Fish Lips.”

"I used to get made fun of, because the top of my lips go upward, and when I was younger, my lips were much bigger than they are now because my face wasn't as large." 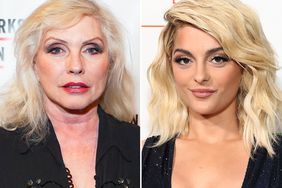