Halle Berry’s artistic Instagram skills separate her from those who simply use the social media platform to post selfies and day-to-day updates. But on Wednesday, the 50-year-old actress took it to another motivating level by sharing a jaw-dropping image of herself wearing a crown along with a deep message.

“My #WCW goes to all my QUEENS who have suffered any form of domestic violence,” she wrote as the caption to the image of herself at sunset. In addition to dedicating her post to those who have been abused, she also continued to share a poem written by Michael E. Reid, a poet also known as Mike the Poet. “The biggest mistake you can make is removing jewels from your crown to make it easier for a man to carry. When this happens, I need you to understand, you do not need a smaller crown…You need a man with bigger hands,” the poem read in reference to empowering women everywhere.

Reid took to his own Instagram account to express excitement over Berry’s post. “Thank you so much for using my poem as a platform for change. It is an honor,” he wrote. 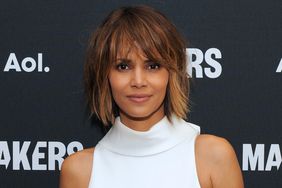