Gwyneth Paltrow Did Not Sugarcoat Her Experiences with Perimenopause

If Gwyneth Paltrow's latest candid comment has told us anything, it's that the stars really are just like us. The newlywed revealed that she's undergoing some changes, and she held nothing back.

Earlier this week, the 46-year-old shared a candid video on Goop's Instagram revealing that she is in the early stages of perimenopause. According to the Mayo Clinic, perimenopause typically occurs in women in their 40s and sometimes as early as their mid-30s, as their bodies begin to make the natural transition to menopause. This period of time is usually marked by menopause-like symptoms such as hot flashes, sleep problems, and vaginal dryness. Fun!

The Oscar-winning actress was frank about her own experiences with perimenopause, opening up about how she has been coping with the side effects.

"I think when you get into perimenopause, you notice a lot of changes. I can feel the hormonal changes happening: The sweating. The moods," she revealed. "You're just like all of a sudden furious for no reason."

Lucky for Paltrow, she already knew what to expect during the transition having seen her mother, actress Blythe Danner, 75, experience menopause.

"I remember when my mother went through menopause it was like such a big deal and there was grief around it for her and all of these emotions," she said. It was actually the experiences of women like her mother that inspired the goop founder to work towards changing the narrative surrounding menopause.

"I think menopause gets a really bad rap and needs a bit of a rebranding," she said. "I don't think we have in our society a great example of an aspirational menopausal woman."

The actress also highlighted the lack of products available to help women through the difficult phase. To address this void in the market, Paltrow decided to release Madame Ovary, a series of vitamin supplements to help smooth the transition for women experiencing perimenopause and menopause.

Keep up the good work, Gwyn! 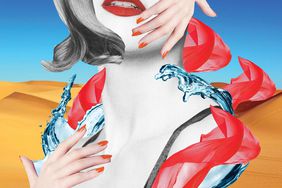 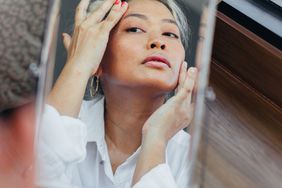