Gwyneth Paltrow Is Fine With People Seeing Goop as Clickbait

From yoni eggs to snake oil and other far-fetched views on wellness, it seems that everyone has an opinion on Gwyneth Paltrow and Goop, including Paltrow herself. In a new interview with The Hollywood Reporter, Paltrow explained that she knows that a lot of the coverage that she and the site get are sensationalized (a vagina-scented candle, anyone?), but she gets it. It's just how things are these days.

"We're at a place with a lot of media, where certain models of media aren't working, so people have realized that if they attach what they say to Goop or me, they'll get a lot of clickbait," she said ."And it's just a monetization strategy at this point, basically. It's great for us, because we don't want to be a brand that isn’t moving culture forward. We're OK with being polarizing."

Why I Can't Get Enough of Gwyneth Paltrow

It's tough not to sensationalize Paltrow when THR notes that the event included a vulva-inspired floral wall for photos and an episode screening (Paltrow's Netflix series, The Goop Lap, premieres this Friday) that featured 90-year-old sex educator Betty Dodson offering lessons in orgasm. Paltrow is staying above the fray, saying that she sees herself as just one way for women to get talking about things that were previously taboo, like sexuality and sexual health.

"I think it's emerged as an important role for me in my 40s to be a voice for women and to help women find their voices, to eliminate shame, to go first — just to create space where people can say how they're feeling about what happened to them, or who they are, or what they want with their sexuality," Paltrow continued. "I really relish that role in my life, and I hope that we’ll always be a provocateur like that in terms of opening peoples' minds and making people question things."

The new show is clear about its intentions, with the disclaimer reading "designed to entertain and inform, not provide medical advice." Whether or not viewers and critics subscribe to Paltrow's ideas is one thing, but there's no denying that everything she does manages to entertain. 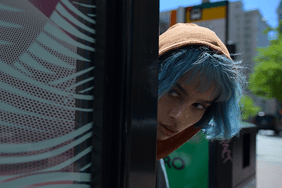