According to Good Morning America, the couple released the following statement on Monday morning:

"We feel incredibly lucky to have come together at this juncture in our lives, when our collective successes and failures can serve as building blocks for a healthy and happy relationship,"

Brad and Gwyneth will also appear on the cover of the new Sex and Love issue of Goop Magazine, which hits newsstands on Tuesday, Jan. 9. Check out the couple on the cover here:

While the statement didn’t clarify how long they’ve been engaged, previous reports noted that the showbiz duo has kept the momentous news under wraps for over a year. Paltrow was previously married to Coldplay frontman Chris Martin, with whom she shares two children: daughter Apple, 13, and son Moses, 11. And Falchuk has two children, Brody and Isabella, with his former spouse, Suzanne Bukinik.

In the issue's editor's letter and the cover story, the actress addresses why she decided to get married again. “Personally, at midlife, I have tried to accept how complex romantic love can be. I have decided to give it a go again, not only because I believe I have found the man I was meant to be with, but because I have accepted the soul-stretching, pattern-breaking opportunities that (terrifyingly) are made possible by intimacy,” she says.

“I’m actually the only one in my life who got divorced," she says. "This used to feel like a failure; it took me a while to re-frame that divorce isn’t a failure.”

Congratulations to the bride and groom-to-be! 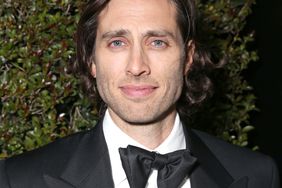