Just a few hours before the Hollywood Foreign Press Association named The Impossible star Naomi Watts as a nominee in Best Actress in a Motion Picture category for the 2013 Golden Globes, the actress joined her co-star Ewan McGregor for a private dinner and screening of the movie hosted by Calvin Klein Collection (which the actress also wore) in New York City. Watts also earned a Screen Actors Guild nomination for her role in the film, which tells the tale of two Americans stranded in South Asia during the devastating 2004 tsunami. Catch it in theaters starting December 21, and click through the gallery to see more stars at last night’s biggest events. 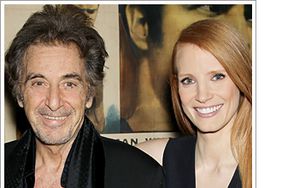