Lena Dunham, Allison Williams, and Zosia Mamet had a big night to get primped for—their runaway HBO hit, Girls, earned the Outstanding Comedy Series Emmy Award nomination! Williams opted for a green silk peplum Oscar de la Renta gown (sticking with the green theme), while Dunham wore a lace Prada dress. Meanwhile, Mamet chose her Bibhu Mohapatra two-tone design at the last minute. "It was a dark horse," she told InStyle.com. "I'm super-excited to be wearing it. It was pretty down to the wire, but this one came through. It's really hard to find a dress! It's not easy. The second I put this on I just knew it was the one." Hopefully the Girls girls take home statues next year!

Plus, see all the stars on the Emmys red carpet! 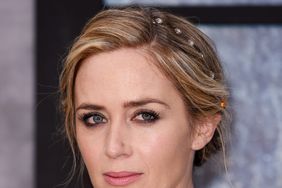