She's gone gray! Over the weekend at San Diego Comic-Con, Ginnifer Goodwin stepped out rocking a silvery-lavender pixie cut, officially inducting the star into the celebrities who have gone gray on purpose hall of fame. Surprisingly, the dramatic change wasn't for an upcoming project.

Goodwin told reporters at the event that she had been wanting to try out a lilac tone or some time, and that although the entire process took eight hours, she couldn't be more pleased with the results. It seems appropriate that she'd debut the shade at Comic-Con—paired with her neon pink liner, we're feeling some serious girl power superhero vibes. Is it too early to start petitioning for the star to get her own comic book?

RELATED VIDEO: What's an Easy Hairstyle for When I'm Headed Out After Work? 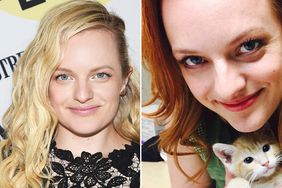