The buzz is on for The Imitation Game! This weekend, the Toronto International Film Festival handed out Grolsch People’s Choice award—the most prestigious prize of the fest—to the title starring Benedict Cumberbatch, Keira Knightley, and Matthew Goode. It’s important because the honor is not decided on by a jury but voted on by the thousands of festival-goers, which implies how much audiences love it and also that more awards could be in the future (read: Oscars). History’s proof: Previous winners of the prize include last year’s 12 Years a Slave, as well as Silver Linings Playbook (2012), The King’s Speech (2010), Precious (2009), and Slumdog Millionaire (2008).

When we caught up with the stars of the film at InStyle and Forevermark’s pop-up portrait lounge, their focus was on telling the story right, and doing it justice. “I think everybody felt that it was an important story to get out and to be a part of it,” Knightley told us. She plays Joan Clarke, the fiancée of genius Brit mathematician Alan Turing (Cumberbatch), who together worked on the team that cracked Nazi codes to bring an end to World War II. The tragedy is that later in Turing’s life, the British government prosecuted him for being gay.

“This is a film about celebrating people’s differences, and the devastation that can happen when you allow prejudice into government policy,” Knightley added. “I think it’s more about discrimination that it is necessarily about a love story.”

For Cumberbatch, he researched the role by “scavenging books and getting any kind of personal testimony from anyone he knew who is still with us,” the actor told InStyle. “The more I discovered, the more I wanted to really pay homage to the integrity of the character. He’s a huge figure for the gay community because of being one of the most famous of hundreds of thousands of them who were persecuted in that era of McCarthyist paranoid intolerance and a desperately sad, sad, sad time in history.”

With wildly good early reviews and this new TIFF prize in their figurative pockets, we predict this is the cast to watch as awards season starts to kick up (and that means lot of outfits by the always-stylish Knightley, which we can not wait to see). But first, you must see the movie: The Imitation Game is set to open in select cities on Nov. 21.

Click to see who else stopped by InStyle’s portrait studio at the Toronto International Film Festival! 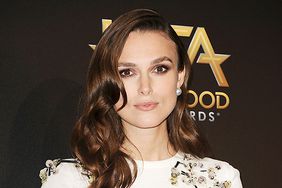 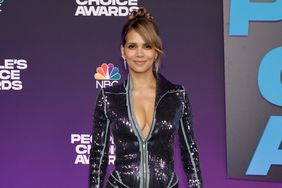 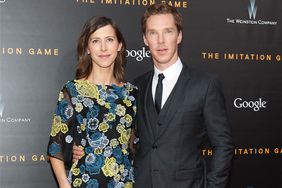 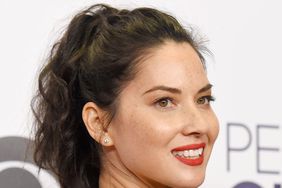