Happy 46th Birthday, Gerard Butler! Find Out Who His "Perfect Woman" Is

The always-handsome Gerard Butler is celebrating his birthday today! The Scottish native is turning 46 and he continues to make audiences swoon over his characters in films like P.S. I Love You, 300 and The Phantom of the Opera.

Just last year, InStyle got to speak with the actor—who was the face behind the Boss Bottled fragrance campaign from Hugo Boss—to pick his brain over what makes a woman sexy and Butler had a lot to say about it.

"I love a woman who has a good sense of her own style—when, no matter how simple it is, you can just tell she wears it well," he explained. "Often times when I go to awards shows, sometimes it feels like a hassle, like 'Gosh, I have to go through all this?' Then you get there, and you see a woman dressed up with her hair and makeup done, wearing a beautiful dress, and they look so elegant and sexy and beautiful. It's nice to play dress-up."

"The woman I will fall in love with will look great in that, but she is also somebody who can completely kick it in a pair of sandals and jeans and T-shirt," he adds. "That's my [kind of] girl."

PHOTOS: See More of Hollywood's Hottest Men in Our Men of Style Gallery

Fans will get to see Butler in all of his glory when he returns to the big screen in an onslaught of new films including The Headhunter's Calling, London Has Fallen, Gods of Egypt and Geostorm. 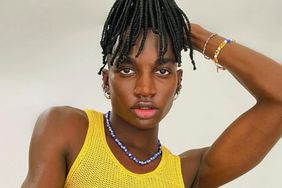