Game of Thrones doesn’t have a great history with celebrations (see: the Red Wedding, Sansa and Joffrey’s reception), but at least fans have one wedding to root for when former co-stars and on-screen lovers Kit Harington and Rose Leslie get married. And according to Harington, Jon Snow and Ygritte’s real-life nuptials will be attended by so many cast members that filming will come to a halt.

The actor appeared on The Jonathan Ross Show over the weekend and recounted calling up a Game of Thrones producer to tell him the news. “I rang him up and I said, ‘I’m getting married and it’s your fault, actually,’” he joked, according to The Telegraph. “I was like, ‘You need to factor in a Game of Thrones wedding, by the way. [The cast] have all got to be there, so the whole thing has got to shut down.’”

But as to whether the wedding guests (and even bride and groom) will come in full GoT costume, Harington delivered a blow to Thrones fans. “There is absolutely no chance of me convincing [Rose] of that,” he told Ross.

While this news means we could have to wait even longer for the final season of Game of Thrones to air on HBO, it’s worth the sure-to-be epic cast photos we’ll get from this wedding.

Considering production has begun on Season 8 and is expected to wrap up next summer, it sounds like the co-stars are expecting to wed within the year! 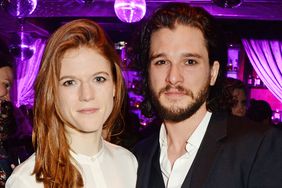 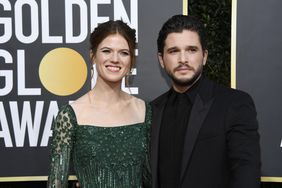