As if the long wait to Game of Thrones Season 8 wasn’t hard enough, one series star just set our hopes even higher for the final six episodes. John Bradley, who plays Sam Tarly on the show, told HuffPost that every episode will be “monumental.”

“We assembled a team of directors this year who have been in charge of some of our big episodes in the past,” Bradley said. “Miguel [Sapochnik] and David [Nutter] have done some of the standout episodes of previous seasons. Clearly, every single episode of the six you’ve got left in Season 8 is going to be monumental and needs somebody at the helm who’s done that kind of high-stakes, high-octane direction before for us.”

But Bradley wasn’t done there. “I think what we used to call Episode 9 in Game of Thrones folklore—the episode when everything comes to a head and you get a lot of spectacular sequences—I think you’re going to get six “Episode 9”s this year,” he said. “You can tell that because we’ve got directors who have been in charge of some of the most huge setpieces in the past doing episodes all throughout the season.”

Even more “poetic” is the fact that showrunners David Benioff and Dan Weiss will direct the series finale. “It’s in the right hands there,” Bradley added. “They know everything about the show. They’ve been in charge of everything—every key decision in all seven seasons so far has been made by David and Dan.”

“I don’t think there’s anybody better qualified, so I can’t wait,” he said. The feeling is mutual, Sam. 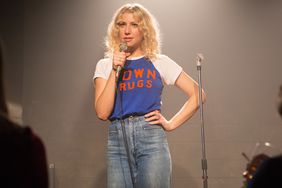