Gaga for Men in Tights? NFL Football Kicks Off Tonight!

It's a big night in Man World, with guys everywhere glued to their giant-screen TVs to take in the kickoff of the NFL season between the reigning Super Bowl champion New York Giants and the Dallas Cowboys. NBC will broadcast the Big Game live at 8pm EDT. But at least one die-hard fan is out to prove you don't have to have a Y chromosome to enjoy the sport. A New York girl at heart, Lady Gaga recently posted photos of herself to Instagram wearing a sequin-covered Giants uniform. She's having a big pop culture day all around—the singer also just announced the North American tour dates for her Born This Way Ball tour, which has been making its way through Europe. Check out the US dates here to see if the show is coming to your town! 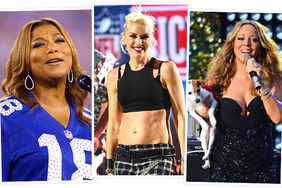