"It's a little odd to get any kind of recognition for doing what you're supposed to do."

Gabrielle Union is continuing to express her support for stepdaughter Zaya.

On Monday, the actress called in for a video chat on The Ellen DeGeneres Show, where she discussed the praise she and Dwyane Wade have been getting for being there for Zaya when she came out as transgender.

"To us, it’s a little odd to get any kind of recognition for doing what you’re supposed to do, which is love and accept and embrace your kids," she said. "Unfortunately, there are so many people who just don’t. There are so many people who really truly feel like their kids are disposable and if they’re not perfect images of them, they’re not interested. It’s heartbreaking."

Wade shares Zaya with ex-wife Siohvaughn Funches, and both he and Union have been vocal about supporting her when she came out as transgender.

"Once Zaya came home and said, 'I want you to call me Zaya and I’m ready to take on this,' I looked at her and said, 'You are a leader. And this is our opportunity to allow you to be a voice,'" he said at the time. "Right now it’s through us, because she’s 12 years old, but eventually it will be through her."

Union also shared a video at the time inviting people to "meet Zaya," who could be seen in the footage saying, "Just be true to yourself, because what's the point of being on this earth if you're going to try to be someone you're not?"

The 12-year-old also made her first red carpet debut as Zaya earlier this year, walking alongside her parents at the Better Brothers Los Angeles 2020 Truth Awards.

"Everyone allow her to re-introduce herself her name is Zaya Wade!" Wade captioned an Instagram post from the night. "Last night was Zaya’s first red carpet and we couldn’t have been prouder of how she handled the questions that were asked of her. She has emerged as one of the young faces and voices for the LGBTQ+ community." 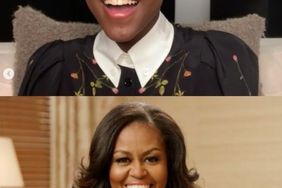