Despite what naysayers may think, social media can have a greater purpose than humble brags and blatant self-promotion—just ask Freida Pinto. The Desert Dancer actress and Plan International ambassador spoke out about the platform, praising its usefulness as a tool to spread awareness and promote change, at last night's U.S. premiere of India's Daughter, the much-discussed documentary directed by Leslee Udwin that chronicles the 2012 Delhi gang rape and murder of Jyoti Singh. "I'm not very active on Twitter," Pinto told InStyle. "I don’t ever tweet selfies or pictures of me on a beach. If I’m going to use it for something, I’m going to use it for something useful."

Freida Pinto Cuts Her Hair Into a Lob! Recreate Her Lived-In Beachy Wave

And she has. Despite being banned in Pinto's native India, the controversial film has garnered high praise from the likes of Meryl Streep and Dakota Fanning (also in attendance at the screening) thanks in no small part to her social media campaign for the film. "Thirty-five percent of women & girls worldwide have experienced #VAW," she tweeted yesterday. "We can no longer remain silent! Watch #IndiasDaughter. Speak out. Demand nonviolence." The event, fittingly held at Baruch College in Midtown Manhattan, kicked off with a candle-lighting ceremony led by Streep to honor Singh's short life. "We're up against the most dangerous kind of ignorance," she told the crowd. "It’s the inability to recognize the value of another human being." 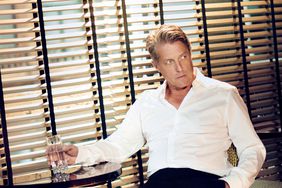 Hugh Grant Is Ready to Get Emotional 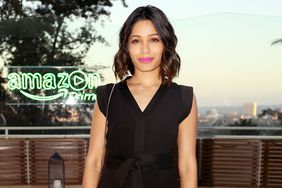 Freida Pinto Explains Why She's Ready to Be "Badass" 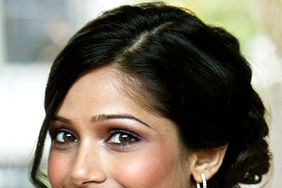 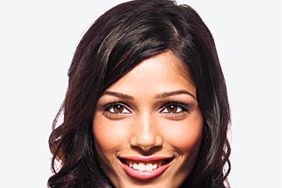