Francisco Costa Wants Tina Fey In His Suit For The Emmys

We'll leave it to our friends at EW.com to predict who is going to win big on Emmy night—we're far too busy contemplating what our favorite TV stars will be wearing. So when we bumped into Calvin Klein creative director Francisco Costa, we had to ask which small screen actress he'd love to dress for the annual awards show. "Tina Fey would be great," Costa mused. "I'd love to do a suit for her. Something sexy and fun." Tina looked classic in Zac Posen at this year's Academy Awards, but she has also taken some risks that have paid off. We could see her rocking the red carpet in Costa's feminine take on the tuxedo. 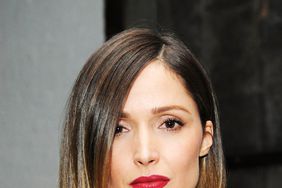 This Is the Moment When Rose Byrne First Fell in Love with Calvin Klein (the Brand, That Is)