News that the drama For the People would arrive on ABC in the fall rocked the Shonda-verse less than a week ago but and we're already getting a taste of what to expect from the courtroom-based series—courtesy of the first trailer.

On Tuesday, the network released the teaser for the legal drama, which is helmed by none other than mega-producer Shonda Rhimes, and—no surprises here—we're already hooked. With the brains behind Grey's Anatomy and How to Get Away with Murder on board for ABC's new offering, it's no surprise that For the People looks like an exciting mix of drama, scandal, sex, and intrigue, all set in New York's "Mother Court."

"The cases are hard, the stakes are high, the lawyers on the other side are better than you. Some of you won't succeed. Some of you are not worthy. Are you worthy?" an instructor questions the group.

The words "a new generation of justice has arrived" then flashes across the screen along with a medley of court scenes—as the lawyers prepare for the hardest trials of their lives—and more than a few moments of sexual tension.

In short, we have the makings of a perfect ShondaLand offering. Watch the full trailer above. 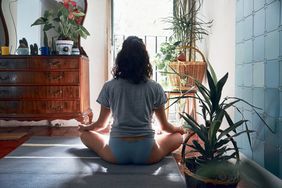