"It's bizarre that normal folk are allowed to display such hate and opinions on a part of my life that I'm not putting out there."

Florence Pugh is tired of having defend herself over her relationship with Zach Braff.

The 24-year-old actress addressed the criticisms she's endured over her love life in an interview with Elle UK, telling the magazine she's speaking "because people need to realize that it’s hurtful."

"I’ve always found this part of what people do really bizarre," she said. "I’m an actor because I like acting and I don’t mind people watching my stuff, but people have no right to educate me on my private life."

Since news circulated that Pugh is dating Braff, 44, the couple has been subject to backlash from fans criticizing their age difference.

"I know that part of being in the spotlight is that people might invade your privacy and have opinions on it, but it’s bizarre that normal folk are allowed to display such hate and opinions on a part of my life that I’m not putting out there," she told Elle UK. "It’s a strange side of fame that you’re allowed to be torn apart by thousands of people even though you didn’t put that piece of you out there. I don’t want to talk about it because it’s not something I want to highlight, but my point to all this is that isn’t it odd that a stranger can totally tear apart someone’s relationship and it’s allowed?"

After getting a slew of criticism when she shared a photo of Braff on his birthday earlier this year, Pugh posted a video with a pointed message, telling her followers, "I will not allow that behavior on my page."

Pugh and Braff have reportedly been dating for about a year, and seem to have met when he cast her in his 2019 short film In the Time It Takes to Get There. 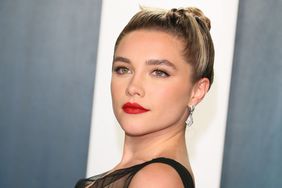 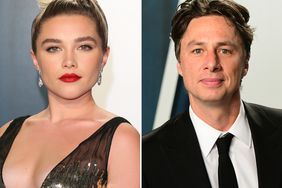 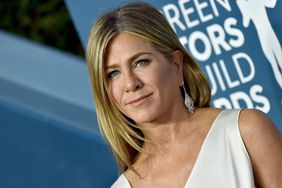 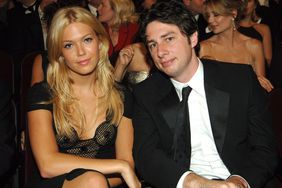