Last month, Banana Republic announced its first film-themed line, inspired by Keira Knightley's Anna Karenina remake (see the trailer here!), and now we have a sneak peek at the collection! Though the adaptation, true to Tolstoy’s novel, takes place in the late 1800s, Banana’s creative director Simon Kneen (inset) went with a ’50s feel, thanks to costume designer Jacqueline Durran’s Dior New Look-inspired outfits for the film. "You always take something that’s inspiring, and make it modern and relevant," Kneen told InStyle.com. "We took the simplicity of the 1950s couture shapes—how architectural they were—and worked them back into the 1870s," said Durran. This means shoppers can expect to see military coats with nipped-in waists, loads of costume jewelry, and Russian faux furs, ranging in price from $30 to $325. Click through the gallery to see Banana Republic's Anna Karenina-inspired holiday looks, and shop them when they hit stores this October, one month before the film's release. 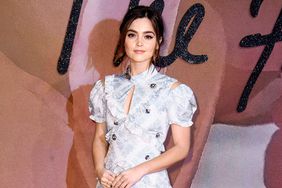