The show's fans are freaking out over the loss of his curls.

This year's Stranger Things Day was full of highs and lows for the show's fans. Every November 6, the day that marks Will Byerss disappearance, fans show their appreciation for the Netflix series by flooding the Internet with their favorite memes, clips, photos, and one-liners. While Netflix blessed fans by releasing the blooper reels from all three seasons, Stranger Things stans had a another reason to freak out: Mike Wheeler aka Finn Wolfhard debuted his shortest haircut yet.

Yesterday, the 17-year-old actor posted a selfie on Instagram where his curls are cut just above his ears. He predicted his fans were going to be shocked by his new look, as he captioned the post, "BuzzFeed is going to make an article about this. OK go."

Wolfhard's latest cut comes just a few weeks after he cut his long curls into a '70s-inspired shaggy mullet. And while his fans weren't expecting him to cut his hair the first time, they're even more shocked at the fact he went shorter. Like Wolfhard's first cut, this haircut reveal has quickly racked up over 1 millions likes, and fans are flooding his comments with mixed reactions.

Stranger Things Star Finn Wolfhard Got a Patti Smith-esque Mullet, and I Want His Haircut

Some of Wolfhard's followers are feeling the cut. "U LOOK GOOD WITH EVERY HAIR MAN 💗," writes one enthusiastic fan. "Thank god for this hair cut, another commenter said, tagging their friend.

Others are mourning the loss of what was left of their boy's long, glorious curls. "Omg your hair😭😭😭😭," cried one fan.

"I was having a good day till this happened," said another.

Whether Wolfhard cut his hair off for a role or because he felt like it, Stranger Things fans are going to need a moment of silence to pay their respects for the loss of his curls. Wolfhard hasn't had his hair this short since season one of the show, but he's not the only Stranger Things star who's recently majorly changed their hair. Earlier this fall, Joe Keery, who plays Steve Harrington on the show, cut his signature mullet into a bowl cut.

Are all of these new looks a hint of what's to come in the fourth season of Stranger Things? The new episodes won't drop on Netflix until sometime in 2020, so it's going to be awhile before we find out. 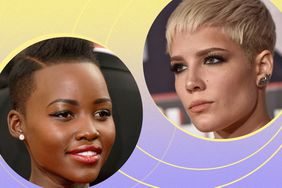