“I think it’s so incredible!” Carolina Herrera told InStyle.com of Fashion Group International 29th Annual Night of Stars Gala last night, held at Cipriani Wall Street in New York City, which honors the industry’s biggest stars. The always-elegant Herrera radiated a joyful glow all evening, and for good reason—she earned the acclaimed fashion organization's prestigious Superstar Award, presented to her by her close friend Renee Zellweger. “Carolina Herrera helps women see themselves with confidence and celebrates their great life by making them unforgettable,” Zellweger told the attendees, which also included Kelly Ripa and Seth Meyers’s girlfriend Alexi Ashe dressed in Herrera designs. “She is a visionary.” The gala’s theme, Dream Catchers, also captured the feeling of dreams realized by the night’s Star honorees, Derek Lam (“I will continue to work hard to truly deserve this recognition,” he said), Gareth Pugh, and Haider Ackermann (the latter accepted his honor from Karl Lagerfeld). Meanwhile, Sarah Jessica Parker presented the Lord & Taylor Fashion Oracle award to L’Wren Scott—“She has the ability to telescope what’s necessary, what’s needed, and what people want,” Parker told InStyle.com—while Viola Davis presented the Brand Heritage Award to Max Mara’s Nicola Maramotti. “It seems like every time I put on a Max Mara dress or a coat or a suit, it enhances what I am, it does not hide what I am,” she said of the brand. “Fashion can not be worn, it has to enhance what’s already inside you.” With so many fashion stars in one place, Davis also emphasized that everyone has a little star quality in them, too. “It’s the people who are not afraid to take risks, the people who are confident and comfortable with themselves,” she told InStyle.com. We couldn't agree more.

See more photos from the Night of Stars in the gallery, plus more of this week's biggest bashes! 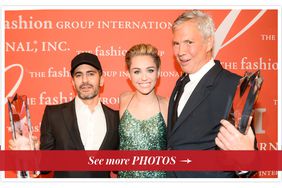 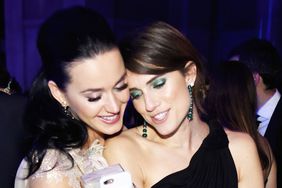