The company sent out emails and notifications hoping to get clicks.

Fast-fashion retailer Fashion Nova is coming under fire for its latest marketing move. Today, many of the site's shoppers got an alert, whether it was an email or a push notification, that mentioned the U.S. government's stimulus checks. The promotional notification let shoppers know that the brand was having a site-wide sale. Twitter users posted screenshots of the alert and weren't happy about what looked like the fashion company's efforts to capitalize on the pandemic and get in on shoppers' stimulus checks.

Users noted that they were using their checks on more pressing matters, such as paying their bills. Others added that during quarantine, there was really no place to wear Fashion Nova's offerings, which include a huge selection of clubbing attire in addition to sweats and loungewear. Even people unfamiliar with the brand can probably conjure up images of Cardi B promoting her collaboration with the line or the alleged Kardashian-inspired clothes that the site sells.

So, Uh, This Bikini Comes with a Cancer Warning

Twitter users sounding off didn't seem to deter that many people, however. One user let everyone know that the Fashion Nova was down, if only temporarily. So, while many saw the alert as a gauche way to grab attention and shoppers, the company's questionable antics seem to have worked.

InStyle has reached out to Fashion Nova for comment.

Was this page helpful?
Thanks for your feedback!
Tell us why!
Related Articles
Everyone's Too Tired to Text 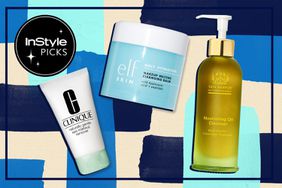