The fast fashion giant, which counts Kylie Jenner and Cardi B as fans, is known for recreating trendy clothes for cheap.

Fashion Nova has made a name for itself as a fast fashion giant that sells trendy clothes for cheap, with Kylie Jenner and Cardi B (who also collaborated with the brand on a sold-out collection) among its fans. But a New York Times report has found that many of Fashion Nova's affordable garments are made by factory workers who are paid illegally low wages.

Per the Times, the U.S. Labor Department conducted investigations from 2016 up to this year, and found that Fashion Nova clothing was made in dozens of Los Angeles factories that owed $3.8 million in back wages to hundreds of workers. A person familiar with the investigation also told the Times that the factories, hired by middlemen to produce clothing for fashion brands, paid their sewers as little as $2.77 an hour. The minimum wage in the state of California in 2016 was $10 an hour; as of January 1, 2019, the minimum wage is $11 an hour.

Fashion Nova does not deal directly with the factories, but places orders with companies that design the clothes and then ship fabric to separately owned sewing contractors, whose workers sew the clothes together and stitch Fashion Nova’s label on them. After repeated violations were found at factories making Fashion Nova clothes, federal officials met with the company's representatives.

In a statement to the Times, Erica Meierhans, Fashion Nova’s general counsel, said "We have already had a highly productive and positive meeting with the Department of Labor in which we discussed our ongoing commitment to ensuring that all workers involved with the Fashion Nova brand are appropriately compensated for the work they do. Any suggestion that Fashion Nova is responsible for underpaying anyone working on our brand is categorically false."

Meierhans also said Fashion Nova has taken steps to address the Labor Department’s findings, but noted that it works with hundreds of manufacturers and “is not responsible for how these vendors handle their payrolls.”

In tweets responding to the Times's story on Twitter, Fashion Nova wrote, "Any suggestion that Fashion Nova is responsible for underpaying anyone working on our brand is categorically false. Furthermore, we have written agreements with all of our more than 700 vendors in which they commit to pay their employees and sub-contractors in strict alignment with California law. Any vendor found to not be in compliance is immediately put on a six-month probationary period. A second violation results in a suspension of all agreements with that vendor."

The Labor Department said in a statement to the Times that it “continues to ensure employers receive compliance assistance with the overtime and minimum wage requirements, and the Wage and Hour Division is committed to enforcing the law.”

The Instagram-ready fashion brand is known for recreating designer looks for a steal. In February, Kim Kardashian slammed Fashion Nova (though she didn't call them out by name) for appearing to copy a Thierry Mugler gown she wore in under 24 hours. Though Kardashian was accused of secretly collaborating with the brand to recreate the look for cheap, she wrote in a series of tweets, "It’s devastating to see these fashion companies rip off designs that have taken the blood, sweat and tears of true designers who have put their all into their own original ideas."

"Only two days ago, I was privileged enough to wear a one-of-a-kind vintage Mugler dress and in less than 24 hours it was knocked off and thrown up on a site — but it's not for sale," she continued, adding, "This is a way to get people to sign up for their mailing list and make people believe there is some kind of relationship between me and this fashion site. There is not." 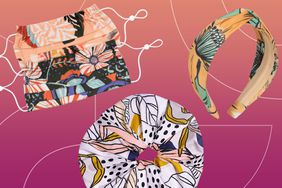