Is This the Reason Your Jeans Don’t Fit?

Here's a head scratcher: The fashion industry—though proven to be fueled by women and their dollars—is largely dominated by men.

Yes, despite the fact that women outspend men by 300 percent, the less-fair sex is still the one calling the shots at many of your favorite fashion brands—from high-end haute houses to big box retailers.

This is according to a new survey conducted by the Council of Fashion Designers of America, Glamour, and McKinsey & Company called “The Glass Runway." In a piece about the survey's findings titled "Fashion's Woman Problem," the New York Times offered a few alarming statistics (“only 14 percent of major brands are run by a female executive”) and posed an important question: Why does an industry that skews heavily female at the entry level have so few women at the top?

There's a lot to unpack in the study—from ever prescient issues like implicit sexist bias, which affects everything from who is considered for promotions to how women are discriminated against for their decision to have children. And while yes, the issues brought to light are primarily about women in the workplace, we can't help but also wonder, what does all of this mean our closets? Is a lack of female CEOs the reason I can't find a pair of jeans that fit what I've always believed to be an "irregular" body type? Or why it's near-impossible to find a pair of heels that won't give me early on-set arthritis?

The answer depends on who you ask.

While New York designer Sally LaPointe agrees that there’s a gender problem in the industry—“I have been in this industry for 8 years, which pales in comparison to most, and it has been present for me since day one," she tells InStyle of the industry's gender inequality—she doesn't necessarily see how the shopper would feel the direct impact.

“To be completely frank, I don’t think that the end customer is affected at all whether a company is run by a man or by a woman," she says.

LaPointe, who launched her eponymous label in 2010 with her female CEO Sarah Adelson and has since dressed celebrities like Gigi Hadid, Michelle Obama, Kate Bosworth (above) and Lady Gaga, adds, "Beyond the obvious reasons of wanting to see women succeed, I don’t think that the customer would really see a tangible benefit either way."

“Men don’t know what it feels like to walk in our shoes, figuratively and literally," Mellon tells InStyle of the importance of having a female designer calling the creative shots. "A lot of shoes that men design have great shelf appeal, but are impossible to wear. Our head designer is a woman, so we’re able to think through what the needs are in our lives, and be really specific about how we design into those needs.”

Taylor, a 2014 CFDA/Vogue Fashion Fund finalist, echoes the sentiment that women bring an added, valuable layer in terms of the design process. “Being a female designer, I know how dresses should fit, how important fabrics need to feel on your skin—the shapes that feel sexy, easy, and versatile,” she tells us. Smith, too, draws the same conclusion based on customer feedback.

"My customers often say they love MILLY clothing because of how complimentary the garments are to the female body," she says. "This connection can be lost when a company is dominated by men."

The one thing the designers can all agree on? The fact that men dominate isn't surprising. In fact, it's why many say that they chose to launch their own companies.

“I started this company because I wanted to have a female-led business with a very different culture than I’d experienced in the past,” Mellon tells InStyle of her eponymous label. (Mellon has previously opened up about learning she was paid less than male executives at Jimmy Choo, the company she co-founded in 1996 that she eventually left in 2011 in order to launch her own line.)

“I’m not surprised that fewer men think gender inequality is a problem in the fashion industry, but I do think those men are guilty of perpetuating the issue,” Mellon continued.

In the era of woke consumerism, shoppers are keeping an eye out for more than just the hottest, most Instagrammable designs. They're also seeking shared social values—think sustainability, ethical manufacturing and locally sourced products. A Nielsen Global Corporate Sustainability Report from 2015 found that 73% of millennials are willing to pay extra for sustainable offerings, a number that continues to rise as the issue is made more apparent through campaigns that highlight the industry's impact on the environment.

“I think that men and women are both equally talented, qualified, knowledgeable, and determined to make a product that makes the end customer react and feel good—the emotions we seek when we are shopping," says LaPointe. "The customer is mostly unaware of whatever struggles are going on behind the scenes at the brands making the garments they purchase.”

Herein lies the issue. As The Times points out, the best way to encourage to customer—aka you, dear reader—to care and shop strategically is to first have a conversation about it.

Jonathan Borge contributed to this report. 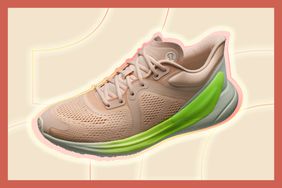