Experts Predict Hair and Makeup Looks for the 2014 Emmy Awards

The 2014 Emmys are less than a week away—and as usual, we'll be scouring the red carpet in search of the hottest hair and makeup trends of the evening. In the meantime, we dug through some of our favorite beauty moments of the past year and chatted with experts (whose clients include everyone from Jennifer Lopez to Nina Dobrev) to do a little fortune telling as we wait to tune in. Read on to find out what the pros predict for television's biggest night, and be sure to check back on Monday, Aug. 25, to see how many of our beauty forecasts came true!

Based on the statement-making dresses that debuted during Couture Fashion Week, celebrity hairstylist Jen Atkin predicts stars will let their gowns take center stage with swept-back hairstyles like Sarah Hyland and Mindy Kaling (above). “These glorious creations with such intricate detailing to me mean one thing only: hair up! Being that hair is one of the most important accessories you can have, you don’t want to over accessorize by making it too fussy,” she tells us. “Whether romantic and loosely pinned, or slick and perfectly tucked, subtle is the way to go.”

Last year, Kerry Washington and Allison Williams finished off their looks with rosy glows and barely-there lips, a trend makeup artist Beau Nelson believes will reemerge this season. “I think we will see a lot of pretty nude looks, which is always beautiful,” he says. “I think we will see a lot of creamy textures in nude roses, nude peaches, and nude pinks washing the face in monochromatic ways.” Makeup artist Nick Barose also expects nude hues to extend to the stars' manicures. "Head to toe nude colors, from your lips to your pedicure, can look so chic and goes with anything," he says.

While glamorous red lips are an award show staple, Nelson says the old Hollywood favorite will get an update come Monday night. “Red lips will be hot again, as for any red carpet, but this time we will see some orange-reds and pink-reds instead of the traditional neutral and Hollywood reds,” he tells us. “I think creamy textures will be seen here again, leaning slightly towards the more matte side.” Of course, no crimson lip is complete without a set of fluttery faux lashes. A mod-inspired vibe, Barose predicts, will be huge this year. "Playing up the eyes to make them look '60s -- it's the anti-cat eye we've been seeing," he tells us. "Add extra mascara on the bottom lashes, or for more drama, try fake bottom lashes."

Will television’s leading ladies take a cue from Lupita Nyong'o and break some beauty rules for the big night? Nelson says yes. “Strategic use of color on both eyes and cheeks will be a theme for the more adventurous,” he adds. “Look for smoky eyes that carry a bit of a shade to them.”

Nyong'o's makeup artist Nick Barose also expects metallics—namely jewel tones like blue or green—to be big on the carpet, but he's also hoping to see more unconventional lip color choices. "Shades like fuchsia, deep purple, or sepia can give off a similar effect as a classic red, but are less expected," he says.

Check out the best fashion and beauty trends from the 2013 Emmys in our gallery! 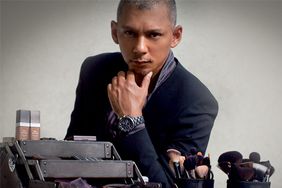 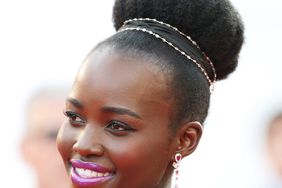 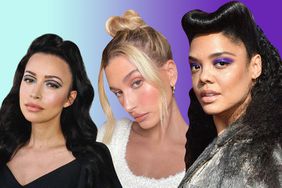 The 6 Makeup Trends That Will Define 2021 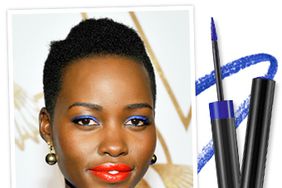