On Tuesday on Capitol Hill, the actress and activist appeared before the House Judiciary Subcommittee on Crime, Terrorism, Homeland Security, and Investigations with three other women to testify about her experience with assault. Their aim: to have Congress implement the 2016 Sexual Assault Survivors’ Bill of Rights Act in every state, not just at a federal level. The bill preserves the rights of the survivors, with regulations to prevent victims from having to pay for rape kits and to ensure that forensic evidence is preserved.

In her speech, she detailed not only that she suffered both sexual and domestic abuse, but that her abuse led to PTSD, depression, and addiction.

“I’m here today to use my position as an artist, survivor, mother, and advocate to bring a human voice to the population of 25 million survivors in the U.S. who are currently experiencing inequality under the law and who desperately need basic civil rights,” she began.

Wood has previously opened up about her experience and was among the first to support the #MeToo movement.

Her opening remarks offered graphic details of what occurred.

"It started slow but escalated over time, including threats against my life, severe gaslighting and brainwashing, [and] waking up to the man that claimed to love me raping what he believed to be my unconscious body. And the worst part: Sick rituals of binding me up by my hands and feet to be mentally and physically tortured until my abuser felt I had proven my love for them.

In this moment, being tied up and being beaten and told unspeakable things, I truly felt like I could die. Not just because my abuser said to me, ‘I could kill you right now,’ but because in that moment I felt like I left my body and I was too afraid to run. He would find me."

In addition, Wood explained how being a victim often leads to suffering from abuse in other forms.

"Seven years after my rapes—plural—I was diagnosed with long term PTSD. Which I had been living with all that time without knowledge about my condition. I simply thought I was going crazy. I struggled with self-harm to the point of two suicide attempts, which landed me in a psychiatric hospital for a short period of time. This was, however, a turning point in my life when I started seeking professional help to deal with my trauma and mental stress. But others are not so fortunate, and because of this rape is often more than a few minutes of trauma, but slow death.”

She concluded by explaining there’s more to be done. “[This bill is] the recognition of basic civil rights for sexual-assault survivors and serves as a first step,” Wood said. “It’s a safety net that may help save someone’s life one day.”

The hearing followed the release of a video for Funny or Die in which Wood, Kelly Marie Tran, and Da’Vine Joy Randolph satirically take on the systematic sexual abuse against women. “Unfortunately, sexual assault is not a game,” Wood says. 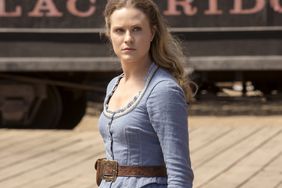 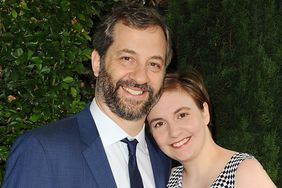