Welcome to Now You Know, InStyle Fashion News Director Eric Wilson’s column that will help you become a fashion know-it-all in one easy read. Each week, he’ll take a look at an endearing fashion influence and why it’s relevant right now. Enjoy!

The house of Bill Blass returns next week with a new designer, Chris Benz, and a new approach to fashion, selling his collection exclusively online at billblass.com, beginning Nov. 2. It has been a few years since anyone has tried to write a new chapter for this distinctly American sportswear label, and frankly, I would say it was a wise decision to take things more slowly this time.

Bill Blass, who died in 2002, was a fashion legend and one of the first designers on Seventh Avenue to establish his name as a label in its own right, rather than promoting that of a manufacturer. He created fabulous cocktail dresses, ball gowns, and pinstripe suits for a big-money socialite clientele, and spawned countless licensed product lines for everyone else. But the brand never quite evolved for modern times, even though at least five designers tried until the label was put on ice a few years ago.

Benz, who previously designed a vividly youthful signature collection in New York, was brought on board about a year ago and given plenty of time to create a new look, which to my eye, during a preview, reflected not as much Blass heritage as it did his own. Colorful party frocks designed with the ease and wearability of a sweatshirt (some are machine washable) seem a more modern approach to reaching a social customer. But he also reached into the Blass archives to study its branding, creating a whole array of fonts and logos for packaging and accessories that reads distinctively retro, and fun. Will customers bite?

That’s for Benz to answer, so here, a little Q&A with the new man at Blass:

Who is Bill Blass to you?
To me, Mr. Blass represents the epitome of the American designer – always cool, comfortable and matter-of-fact.

How do you define your approach to creating a new image for Blass?
I have defined my approach to create the new image of Bill Blass by the design language Mr. Blass set forth at the birth of his business, to address the needs and desires of the modern woman by giving her fantastic product that suits her lifestyle. We are blessed with an enormous archive of samples, sketches, and photographs but I don’t think Mr. Blass would like for us to spend a lot of time in it. He was very conscious of fashion as a young business that needs constant evolution. My approach is finding solutions for our customers in the future, not by recreating the past. At the end of the day it’s always been about making cool product that I imagine my friends would want to wear.

How should a younger audience relate to a heritage brand that is American?
It is such a fun time to work in fashion -- there is a white-hot attention being paid to American heritage brands. I have always been into the idea of vintage aesthetics -- I grew up in Seattle during the grunge days after all -- but nobody wants to look like they’re wearing old clothes. I think it’s all in the mix, and that’s what’s modern. Owning heritage pieces that you love, and mixing new pieces into your wardrobe. As it pertains to Bill Blass, there is a rich American sportswear-based look that translates very well into wearable, chic pieces for today. We’re not about selling a head-to-toe runway look, more about allowing customers to find the new "cherry-on-top" for the pieces they already feel great in.

Patriotic Pieces That Show Off Stars and Stripes in Style

What did you find most appealing about the new approach to selling the collection online only?
I found the idea of launching a brand through e-commerce thrilling for a few reasons. Firstly, e-commerce provides a great deal of creative control and flexibility with the brand, which in recent years has been widely and frenetically distributed. I think of Bill Blass as the Netflix of the fashion world. If you want to watch House of Cards, you just know you access it through Netflix, and similarly you get Bill Blass directly through billblass.com. Secondly, we have the great fortune of showing product to our customers at the same time it is available to buy. Mr. Blass was talking about fashion seasons being ridiculous and the merchandise not matching with the weather even in the early 1980s. It’s every season somewhere! Finally, it is just what feels the most progressive for retail. How can you open a storefront and make a bet on a few customers finding their way to your shop? We will be shipping to 68 countries at launch, so we are truly a global retailer.

How do your designs relate to a modern customer's lifestyle?
Everything we've designed has the customer’s lifestyle in mind -- namely that she is mobile, global, and on-the-move. Jackets are unconstructed for comfort and shove-in-your-tote functionality, pockets and pouches are engineered against the most current tech specs to organize all your devices. A great deal of thought has gone into each and every item, having been designed from scratch.

How do you personally relate to the history of Blass, and did you ever encounter Bill Blass himself during your career?
Sadly, I never had the opportunity to meet Mr. Blass in person. I’m afraid I only moved to New York City in 1999 the same year he sold the company. Never mind that I was buried in foundation-year insanity at Parsons during that period. I do, however, have an immense respect for Mr. Blass in that he really saw the business from the Google-earth viewpoint. He was certainly not afraid to navigate in the way he saw was most logical, most interesting, and most progressive at the time. I love that the collections were always formulated through a continued dialogue with the American woman, and that now considering all of the access points to engage with our customers, that I can continue this dialogue into the future. Also, since everyone talks about his being so funny and handsome I hope I relate to him in that way, too!

If your collection had a motto, what would it be?
In fact it does! We’re calling the launch collection “Cherry” for exactly the reasons I mentioned before: Bill Blass offers you the cherry-on-top of your outfit.

How has New York fashion changed since designers like Bill Blass first put their own names, rather than those of the manufacturers, on their labels?
Really, Mr. Blass is credited as America’s first fashion designer. Of course, there were many more fashion designers prior to Mr. Blass, but he was the first to put a stake in the ground and assume the manufacturing rights as a total unit. Fashion still builds on this structure and it seems nonsensical nowadays that a designer would be designing for some separate manufacturer, no? In as many ways as possible, I think Mr. Blass empowered the future of fashion by paving the way for designers today. 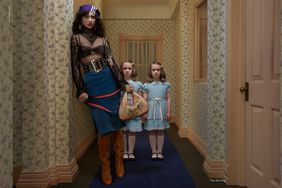 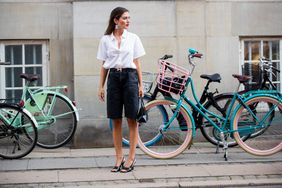 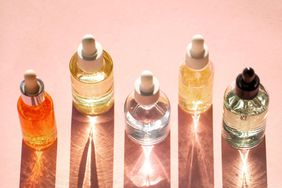 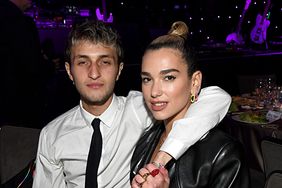