The End of the Great Kate Wait Is Near: Duchess Is in Hospital

It's happening! Nine days after her reported due date, Kate Middleton has been admitted to the hospital in London to give birth to a little prince or princess. The British Monarchy made the announcement on their Facebook page at 3 a.m. EST, writing: "Her Royal Highness The Duchess of Cambridge has been admitted to St. Mary’s Hospital, Paddington, London in the early stages of labour." The announcement also dispelled rumors that she was going to travel by helicopter. "The Duchess travelled by car from Kensington Palace to the Lindo Wing at St. Mary’s Hospital with The Duke of Cambridge," the Monarchy announced. So, now the biggest mystery remains -- will it be a boy or a girl? We polled InStyle.com's readers throughout her pregnancy, and the results were telling: nearly 75% of voted for a girl, while only 25% voted for a boy. With the discussion heating back up as she is know actually in labor, we're looking to you again for your final thoughts. Are the Duke and Duchess of Cambridge having a boy or a girl? Tell us by voting in the poll below. There's not too much time left! 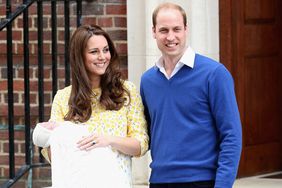 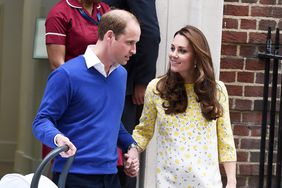 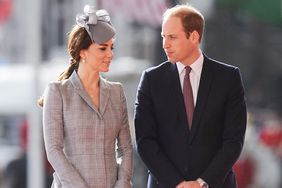