Emmys 2015 Countdown: 7 Shows to Binge On Before You Watch the Emmy Awards

Today is very, very important in Emmy world. THE SHOW IS ONE MONTH AWAY. The rustles of red carpet dressing have begun (we hear Modern Family's Sofia Vergara is going with something custom, per usual). But you need to know more than just the red carpet will be fierce and Andy Samberg will be a hysterical host to be a smart watcher. Scroll down to see the seven shows we recommend you binge on before Emmy night, so you don't have to turn to your friends when these series win and say, "I should watch that!"

Unbreakable Kimmy Schmidt
Number of nominations: 7
Where to watch: Netflix
Why: We're bummed Ellie Kemper's star role as Kimmy Schmidt didn't earn her a personal nomination, but the show got one for Outstanding Comedy Series and everyone else on the show basically got a nod. They're well deserved: Tituss Burgess is like no other character on TV in his role as Kimmy's crazy, broke Broadway wannabe roommate, Jane Krakowski is the Upper East Side Stepford mom whose grandiose observations on life leave you in stitches, and guest star Jon Hamm earned a nod for his role—wait, if you haven't seen it yet, we won't spoil it for you. This is a quick watch. Do it.

Transparent
Number of nominations: 11
Where to Watch: All available on Amazon.com
Why: It's hard to believe there's only been one season of Transparent with how much buzz this show got, and keeps getting. As soon as this series dropped in full on Amazon on September 26, 2014, it immediately became a hit with critics and fans. Its star Jeffrey Tambor is the heart of the show, and already won the Critics' Choice TV award for his role as the transgender Mort. Transparent got picked up for two more seasons. We suggest you start watching now, if you haven't yet—it'll be around for awhile.

Veep
Number of nominations: 6
Where to Watch: HBO Go
Why: There is no stopping Julia Louis-Dreyfus! She is absolutely brilliant in this political satire, and it's at a new level for the fourth season. No wonder she's swept the Outstanding Lead Actress in a Comedy Series category wins for the past three years. Will this be lucky win number four?

We Can't Wait to Watch These 11 New Fall Shows

Grace and Frankie
Number of nominations: 1
Where to watch: Netflix
Why: Congratulations to Lily Tomlin, who earned a nod for her role as the cuckoo Frankie dealing with her unraveling life after finding out her husband left her for a man. She's a riot in this show, as is her counterpart Grace, played by the fabulous Jane Fonda. This series didn't get enough Emmy attention if you ask us, but the competition was out of control this year. Give the show some love by binging on Netflix.

Nurse Jackie
Number of nominations: 1
Where to watch: Showtime Anytime
Why: Edie Falco got one final nod for her final, seventh season as Jackie. The farewell was epic, with critics describing it as a "shocker," "controversial," and "whopping." Falco hasn't won Outstanding Lead Actress in a Comedy Series since 2010, but perhaps this final opportunity for the show will be her year to oust Julia Louis-Dreyfus? If so, make sure to catch up on the season—and every season prior—on Showtime.

Better Call Saul
Number of nominations: 4
Where to watch: Google Play or Amazon for $1.99/episode
Why: This drama had an audience built in from the get-go. The Breaking Bad spinoff surpassed many expectations as we dove deeper into the world of Bob Odenkirk's Saul Goodman character. Odenkirk took home the Critics' Choice TV Award recently for his role, and we expect he'll have an equally successful Emmy night. It will be a big statement if this wins any of its four nominations, especially Outstanding Drama Series because it's the only newcomer in a category with such megahits as Downton Abbey, Game of Thrones, Homeland, House of Cards, Mad Men, and Orange Is the New Black.

Inside Amy Schumer
Number of nominations: 7
Where to watch: Hulu
Why: It's Amy Schumer's year! Right after the hit movie Trainwreck, she's taking on Emmy land. Last year, her show earned one nomination for writing. Now it earned SEVEN. What's all the fuss about? Well, it's her smart in-your-face humor with a self-depracating spin that will only make you love her more. Catch up on all things Amy by watching all three seasons. Seriously. 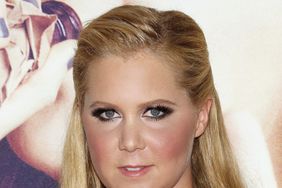 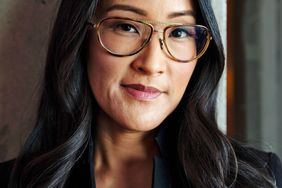