We’re the first ones to admit that Hollywood needs to cool it on the reboots and sequels in favor of some new original content, but Emma Watson need only say the words “Beauty and the Beast sequel” for us to take back everything we’ve said.

The actress addressed the question in an interview with Access Hollywood at the Tribeca Film Festival (above), saying she had not heard about the demand for a sequel from fans, but she actually has a brilliant idea for the plot.

“I would love to do a sequel,” she said. “I always thought that Belle would become a teacher and she would run the library in the castle and open it up to the village.”

We are so on board. Watson also discussed the overwhelming response to the film, which has raked in more than $1 billion in box office sales. “It has been crazy. I mean, I hoped that the movie would do well, but this has been insane. Like completely beyond all of my wildest dreams and expectations. I’m just so grateful.”

Emma, you might just be the only one who’s surprised. 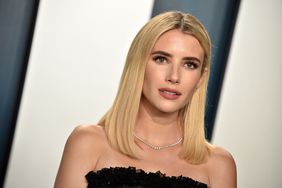