The actress stunned yet again at the 39th annual Denver Film Festival Wednesday evening, looking like an Old Hollywood star as she struck a pose at Ellie Caulkins Opera House in a black and sheer, floral-embellished Chanel gown cinched at the waist with a wide black belt.

Given that her sweeping dress was the standout part of her ensemble, Stone kept the rest of her look simple, rocking black heels and palming a black clutch. She wore her fiery red lob sleek and parted to the middle, and added a pop of color to her subtle makeup with a bold red lip.

Stone was on hand at the fest for the launch of her upcoming film La La Land, in which she stars with Ryan Gosling. The thespian plays an aspiring Hollywood actress who falls for a jazz pianist (Gosling) in the musical dramedy, which is already getting awards season buzz.

Take a peek at the latest trailer for the film, which gives a more in-depth glimpse at Stone and Gosling's onscreen romance. 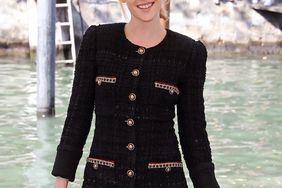 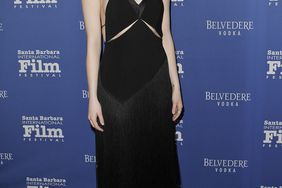 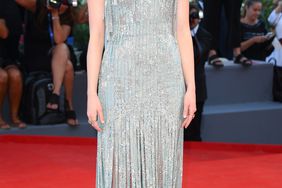