Emily Ratajkowski Claims the Fashion Industry Doesn't Like Her Boobs

After suggesting that her famously bountiful cleavage has impeded her career in an interview with Harper's Bazaar Australia, the 26-year-old model-turned-actress took to Twitter with a bit of clarification. "FYI I was talking about the fashion industry not celebrating the female form, NOT Hollywood," she tweeted on Wednesday.

The statement comes after the Instagram vixen received flack for suggesting that her boobs have prevented her from getting work. "There's this thing that happens to me: 'Oh, she's too sexy.'" she told the magazine.

"It's like an anti-woman thing, that people don't want to work with me because my boobs are too big," she added. "What's wrong with boobs? They're a beautiful feminine thing that needs to be celebrated. Like, who cares? They are great big, they are great small. Why should that be an issue?"

The One Surprising Thing Emily Ratajkowski Did to Get That Body

Well, we're pretty sure it's not an issue for her 13.7 million Instagram followers! 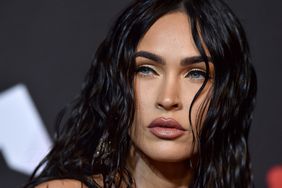