In a not-so-surprising move, Elon Musk and Grimes welcomed a baby boy and named him X Æ A-12. After speculation and an explainer from Grimes herself, it turns out that the state of California actually has rules in place for naming a newborn — and X Æ A-12 doesn't pass. People spoke to family law attorney David Glass, who explained that in order to get a birth certificate and Social Security card, names are limited to the "26 characters" of the English alphabet. That means no numbers, special characters, or dashes.

"In California, you can only use the '26 characters' of the English language in your baby name," he said. "Thus, you can't have numbers, Roman numerals, accents, umlauts or other symbols or emojis. Although an apostrophe, for a name like 'O'Connor,' is acceptable."

Glass adds that Musk and Grimes can certainly submit their desired name, but it won't be accepted by the officials that issue the documentation at the Social Security office.

"With the odd numbers, dashes and symbols, it will be submitted and then rejected and they'll be asked to submit it again," Glass said. Naturally, Musk has the option to appeal the decision, but the outlook isn't great, since special characters are something that the state of California has been dealing with for a while.

"They have an opportunity to appeal the rejection of the birth certificate application but it's unlikely that it will be granted because, again, California ... has been struggling with using symbols," Glass noted.

He told People that there have been efforts to expand baby names to include special characters, but a bill proposing the idea was shut down because of limitations involving the computers used to process birth certificates.

"They tried to change the [rule] back in 2014 to allow certain characters, accents or umlauts — those sorts of things — and the bill got dropped because [of the cost] to upgrade their computer systems to allow these accents," Glass said.

Though it's not an official law, the standards are explained in the California Department of Public Health's office of vital records handbook. So, while choosing the name X Æ A-12 isn't illegal by any means, it just won't be legally recognized. 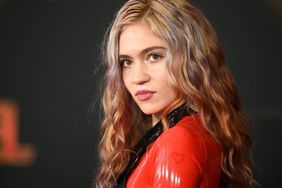