And she's got a plan for it.

Elizabeth Warren launched into her campaign speech on Monday evening in New York City with the story of a tragedy that took place in downtown Manhattan, not far from where she was standing at a podium in front of more than 20,000 people at Washington Square Park.

The tragedy was not 9/11 — which was still fresh in the minds of New Yorkers just one week after the 18th anniversary of the terrorist attack — but a disaster that took place 90 years prior, in 1911: the Triangle Shirtwaist Factory fire.

"I wanted to give this speech right here, and not because of the arch behind me or the president that the park is named for," she said to a sea of blue "Warren" signs. "We are not here because of famous arches or famous men — in fact, we're not here because of men at all," she added, drawing whoops and laughter. "We're here because of some hard-working women. Women who, more than a hundred years ago, worked long hours in a brown, 10-story building ... Women that worked at the Triangle Shirtwaist Factory."

In March of 1911, she recounted, about 140 women factory workers — many of them immigrants, some of them as young as 14 — perished after a fire broke out on the eighth and ninth floors of the factory. "The exit doors were locked," she said, "locked by bosses afraid that the workers might steal scraps of cloth." She spared none of the graphic details, explaining how firefighters found burned bodies next to the locked exits, and how women began jumping to their deaths from the windows, their bodies piling up on the sidewalk, their blood spilling into the gutters. It's a tragedy, she said, that didn't come as a surprise.

"For years across the city, women factory workers and their allies had been sounding the alarm about the dangerous and squalid conditions, fighting for shorter hours and higher pay," she continued. "Everyone knew about these problems. But the fat profits were making New York factory owners rich and they had no plans of giving that up."

Warren, whose speech was anchored by her new anti-corruption plan, explained that by working their political connections, "Business owners got richer, politicians got more powerful, and working people paid the price. Does any of this sound familiar?"

And yet for all the sobering details she shared, Warren's message wasn't all doom and gloom. Instead, she used the story of the fire as an entry point to speak on a topic that isn't usually found among the canon of "women's issues": Protections for workers.

The Senator chose to highlight the work of pioneering activist-turned-politician Frances Perkins, who bore witness to the women jumping out of the burning building on that March day in 1911. Perkins, the future Secretary of Labor under Franklin Roosevelt, vowed from then on to fight for the rights of laborers. "She worked the political system relentlessly from the inside, while a sustained movement applied pressure from the outside," Warren said, winkingly addressing Perkins as, "one woman, one very persistent woman."

Warren also rattled off Perkins's impressive list of accomplishments, including the guarantee of many of the rights American workers have today — from minimum wage and the abolition of child labor, to unemployment insurance and "the very existence of the weekend."

Though those protections were signed into law almost a century ago, they are still as newsworthy as ever. The gig economy has created an environment in which contracted workers have to fight to earn a livable wage, for access to healthcare, and the ability to unionize, among other rights.

Of course, these struggles apply to men as well, but Warren's decision to frame her speech around the work of one trailblazing woman who began her work before women even had the right to vote in this country implied two things: Workers' protections are good for women, and women know how to get shit done.

Though she didn't touch on the struggles of workers in the gig economy in Monday's speech, she did speak to how her plan (the lady loves a plan) would address inequality in the workforce. On day one of a Warren presidency, she said, she would begin working to close the wage gap "between women of color and everyone else," acknowledging the existence of systemic discrimination that affects women of color more than any other group. She also supports universal childcare, and raising wages for childcare workers and preschool teachers — all examples of how workplace issues are "women's" issues, and vice versa.

It’s Been Almost a Year Since Brett Kavanaugh Was Confirmed, Here’s What He’s Done in That Time

"Women's issues" are often narrowly framed around reproduction. Warren handily expands this, while also focusing on systematic challenges that haven't changed nearly enough in the past 100 years. 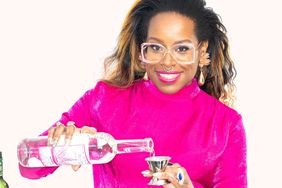