Cheers to the Brits!

The Film Is GREAT Reception honoring the British nominees of this year’s Academy Awards kicked off Friday evening at Fig and Olive restaurant in West Hollywood, Calif. with Eddie Redmayne co-hosting the bash and his longtime pal James Corden emceeing the night’s festivities.

“Such a gift to see James Corden,” the Danish Girl star Redmayne said with a big smile as he took the stage. (And with gorgeous, expecting wife on his arm, Hannah, what isn't there to smile about?) “He’s such a great British export.” After dishing on how he and Corden met when they were 10 and attended a drama club together on weekends, Redmayne went on to share how proud he was to be hosting the event with British Consul General Chris O’ Connor. “It’s my pleasure to be here this evening,” the actorcontinued. “I think film is a great thing because it's where arts and science collide…there are 24 categories of nominations and there are Brits in 21 of them [this year]. There’s such extraordinary, legendary talent.”

He particularly gushed over the Oscar-nominated short film Stutterer, calling it “fantastic,” and mentioned the filmmakers who were on hand at the event. “It's a real honor for me to host this event and celebrate what I think has been an incredible year for British films.”

After Redmayne left the stage, singer Jamie Cullum played the piano and performed “When I Get Famous” and Pharrell’s “Frontin’” with a band in a sleek black Saint Laurent blazer and jeans. Collum shared his excitement about the event with us prior to his performance, saying, “Brits are quite reserved. To celebrate our own is not something we do very often. So, that’s kind of cool.”

As he performed, Naomi Campbell stood a few feet from the stage in a long black dress with sheer sleeves, sipping a bottle of water and chatting with a few friends. She went on to catch up with Lisa Vanderpump, who was clad in a white blazer and on hand with her hubby Ken Todd and their adorable pup Giggy (who sported a white embellished suit).

Alicia Vikander, was also around, rocking a feminine long-sleeved floral dress, and posed for a couple of photos with fans after listening to her Danish Girl co-star’s speech. Meanwhile, Downton Abbey talent Joanne Froggatt mingled with friends in a strapless yellow Prabal Gurung cocktail dress with a glass of Rose in hand, and Minnie Driver, who wore a sheer black and white dress, chatted with Pretty Little Liars actor Julian Morris, clad in a dapper navy Dolce and Gabbana 3-piece suit.

But despite the British love fest, the host of the evening was raved about the American talents in the Oscar nomination pool. Earlier, Redmayne raved about Leonardo DiCaprio's Oscar year, saying: "It's so well deserved." 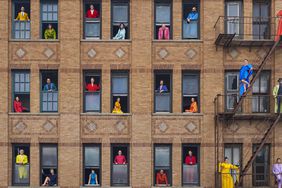 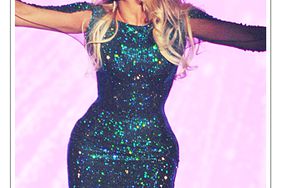 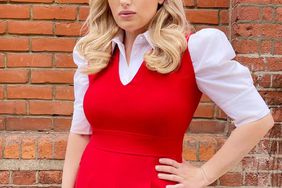 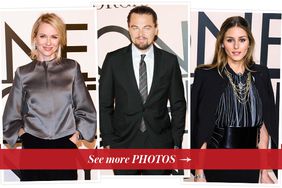 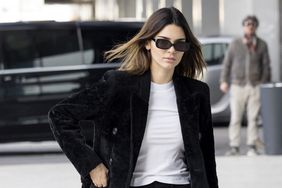