Eddie Redmayne is among Hollywood’s hottest stars—from Les Misérables to The Theory of Everything, The Danish Girl to Fantastic Beasts and Where to Find Them, he’s been at the forefront of the most buzzed-about movies. After winning an Oscar for his portrayal of Stephen Hawking, the actor is a red carpet pro. But how does he feel about last year's “extraordinary ride”?

“It’s like being hit by a bulldozer,” he told reporters at the Oscar Nominee Luncheon on Monday. “It’s such a frenzy of emotions that you try to remain open enough to just remember it and enjoy it. But it’s extraordinary to witness a second time.”

This newfound fame hasn’t affected Redmayne’s devotion to his craft. InStyle spoke to Paco Delgado, the Oscar-nominated costume designer for The Danish Girl, about the star’s “generosity” and “dedication.”

“He was always keen to play with every idea,” he said. “He never said no. He said, let’s give it a try.” Delgado credits the character’s stunning looks to Redmayne’s open and positive attitude. “That’s the reason that I think she looks so fantastic,” he said. “When you are fantastic, you can wear anything you want.”

So how is this star (and soon-to-be dad!) celebrating his Academy Award nomination? “I hope it’ll be sunny and we’ll have a gentle day,” he said. “Try and relax and enjoy it rather than last year, I think I was a frenzy of nerves.”

Eddie Redmayne Talks About Preparing for His Biggest Role Yet—Fatherhood!

Will a glass of champagne help this star to relax on the big day? “Several.” We’ll cheers to that! 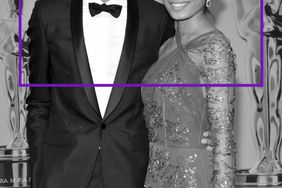