She and boyfriend Anwar Hadid found out about Gigi's pregnancy "not long" before TMZ broke the news.

Now that Gigi Hadid has officially confirmed her pregnancy and stated that she and Zayn Malik are expecting a baby, the couple’s inner circle is free (ish) to share their reactions to the news.

Gigi’s mom Yolanda Hadid told the press she was “excited to become Oma in September,” using the dutch term for grandmother; Gigi’s dad Mohamed Hadid seemed to be out of the loop, telling Al Jadeed TV he wasn’t sure if the reports were “real or not.” Now, Gigi’s brother Anwar Hadid’s singer girlfriend Dua Lipa is weighing in.

During an interview with New Zealand radio station The Edge, Lipa was asked about becoming an “auntie” (a stretch, considering she and Anwar have reportedly been dating for less than a year).

“It's very exciting news," Lipa responded to the station’s congratulations. "We're very, very excited.” Though reluctant to share more details, the singer confirmed she and her boyfriend learned the news “not long” before TMZ broke the story on Tuesday.

Gigi Hadid Confirmed Her Pregnancy in a New Interview

It’s unclear how the story got into TMZ’s hands, but both Gigi and Yolanda have made references to the leak. ”Obviously, we wished we could have announced it on our own terms but we're very excited and happy and grateful for everyone's well wishes and support,” Gigi told Jimmy Fallon in a video interview. "Still shocked our little secret got leaked to the press,” Yolanda told Dutch talk show RTL Boulevard earlier this week.

Hadid is reportedly 20 weeks along and due in September. 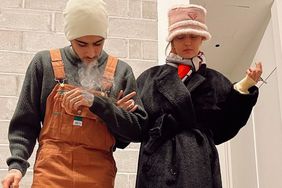 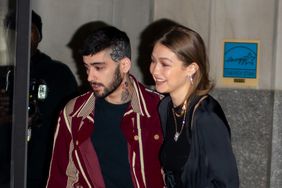 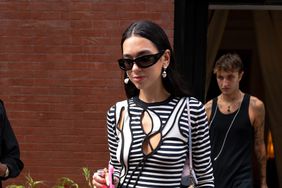