Drew Barrymore Is Pregnant With Her Second Child!

Drew Barrymore's daughter Olive is going to be a big sister! Today, the star and husband Will Kopelman confirmed that baby number two is on the way, People.com reports. This is the second child for the couple, who wed in June 2012. Ever since she dropped a hint in her interview for our massive September issue, we've been hoping that Barrymore and Kopelman would add to their family. "I was an only child, and it was lonely. Some people love it and thrive on the independence, but I want my kids to have other kids around," she told us. "Maybe two kids so they can run around life together, roll their eyes at their parents together like Rusty and Audrey Griswold from [National Lampoon's] Vacation. So however that's going to come about, it's gonna happen!" We love it -- congratulations to the happy couple!

Plus, see Drew's best looks ever.

MORE:• See Drew's Pretty Hairstyles -- On You!• Get a Sneak Peek At Drew’s Interview• Drew Barrymore Reacts to Her 7 InStyle Covers 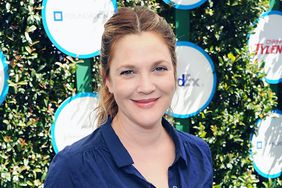