Downton Abbey's blonde-haired, blue-eyed hunk Dan Stevens (Matthew Crawley, swoon!) has had quite the makeover, debuting brunette locks and a trimmed-down physique a few weeks ago. Why the change? "It’s for a role," Stevens revealed to InStyle.com at last night's Calvin Klein and Human Rights Campaign supporting Americans for Marriage Equality event in New York. "I’m shooting [in New York] for the moment. It’s a crime thriller called A Walk Among the Tombstones, with Liam Neeson, and Scott Frank directing. It’s a really nice team and we’re having a lot of fun." Stevens added that his new look helps him go more incognito when he's out and about. "It’s a bit of a self-made disguise," he said. Though, Downton fans will be pleased to know he didn't leave his roots totally behind. "I’ll always be a Crawley!" Awww. 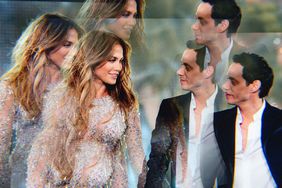