Mahamayavi Bhagavan “Doc” Antle (known in school as Kevin), is an animal trainer, businessman, self-proclaimed conservationist, and one of many anti-heroes in wildly popular Netflix docuseries Tiger King: Murder, Mayhem and Madness.

On screen, Antle is portrayed as a slightly more level-headed model of the show’s flamboyant main attraction, Joe Exotic. As entertaining as Antle is in the series, it's important to note that he's been accused of some terrible things (allegedly putting tiger cubs who've grown too old for petting in gas chambers, for one). While the series doesn't touch on all of these accusations, it does, however, delve into Antle’s cult-like Myrtle Beach Safari venture, and (however briefly), his experiences in Hollywood. Tiger King presents Antle’s show biz ventures as one would their crazy uncle’s chance encounter with Mariah Carey at a Pizza Hut in 1996, but after further examination it seems like the doctor of “mystical science” actually has quite the IMDb page.

From late night talk shows to the actual 2001 VMAs stage with Britney Spears (!), here are some of Antle’s most memorable (and categorically bizarre) forays into the mainstream spotlight.

In 1992, a mustachioed, mullet-wearing Antle (clad in a jumpsuit and carrying a black leopard), made an appearance on Letterman’s talk show as an assistant to zookeeper Jack Hanna.

Why Jim Carrey didn’t secure the rights to the Doc Antle story decades ago will forever consume my thoughts. Antle served as “principle animal trainer” on both the 1994 and 1995 films.

Lucky for Antle, sequels are apparently all the rage in the animal-centric film world. He worked as a trainer on the ’94 film, and returned for the second installment in ’97.

Antle said he worked with Jackson “a couple of times,” including the video for her 1997 single “Together Again.”

Though he isn’t credited on IMDb, Antle’s animals were used in the film.

Antle served as both an animal trainer for the 1998 film and an uncredited “Party Guest Grabbed by Joe.”

Antle worked with Nas, Diddy, and two adult tigers on set in 1999. Antle said he warned Diddy, who wears a giant white fur coat in the video, that the tigers would try to grab the coat. Diddy told him that was fine. As expected, the tiger went for Diddy’s coat. “Not a flinch,” Antle said of Diddy’s reaction. “Everyone else in that situation falls apart,” he added. “The crowd ran for the exits.”

Trust Me: Tiger King Is Unlike Anything You've Ever Seen, and You'll Love It

Remember the 2001 VMAs? Britney (bitch), a skimpy green two piece, a python that doubles as a scarf? Well, there’s one detail you may have overlooked. Ms. Spears begins her performance in an elevated rotating cage, standing beside a white tiger and …. BHAGAVAN DOC ANTLE. He supplied both the tiger, whom he described as “Mr. Cool,” and the snake.

The Tonight Show with Jay Leno

Antle visited the show in 2001 and then again in 2002. He wore what appears to be the same outfit for both visits.

Antle provided Ashanti with Bubbles the Elephant, whom she rode in her 2003 music video.

In 2011, Antle went head-to-head with Robin Roberts (whilst bottle-feeding a massive tiger), defending a 17-year-old’s decision to sleep with an adolescent tiger in her bed every night. “That Felicia is risk-free is by no means true,” he told the GMA host, “but neither are most 17-year-olds behind the wheel of a car, right?” he went on, “They die like flies, across the country.”

Antle met Queen Bey when she visited Myrtle Beach Safari in 2014. They even fed a baby tiger together (slide 2). In my mind, this trip also provided the inspiration for The Lion King: The Gift. 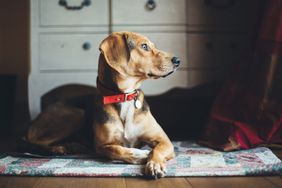