Alisa Vitti is the founder of the period-tracking app MyFLO and author of the women's hormone health book WomanCode.

As kids, most of us are warned about how dangerously easy it is to have a baby. But if you've struggled to conceive, or watched a friend or family member go through the experience of infertility, you know that there's a parallel storyline. It can be one filled with frustration, heartbreak, and oftentimes great expense.

Can a 'Fertility Diet' Improve Your Chances of Getting Pregnant?

At age 20, I was told I'd very likely never be able to get pregnant.

When I'd gone into the doctor's office that day, I was a sophomore in college. Making babies was the last thing on my mind, but I knew something wasn't normal. There was something going on that was affecting my whole body. My weight had climbed from 145 to 200 lbs. in a matter of months. My face, chest, and back were covered in cystic acne. For six years, I was exhausted, depressed, and I had constant brain fog. And I only got my period twice a year.

Every physician I saw gave me the same shoulder shrug, offering me a cocktail of under-researched medications and vague promises that the drugs might help with the symptoms. But they never addressed the underlying causes. This was unacceptable to me. I was studying biology and planning to become an ob-gyn myself, so I did my own research. And after spending all my free time at the library, I discovered a condition that sounded exactly like what I was experiencing — polycystic ovarian syndrome (PCOS).

That discovery was supposed to be my big breakthrough, the moment my life got better. Instead, my doctor confirmed the diagnosis and prepared me for a grim future. As I aged, I could expect to gain more weight, get diabetes, and develop heart disease and cancer. Oh, and I would likely never be able to have children naturally — even with IVF. I was offered even more medication and no promise of a cure.

I knew there had to be a solution to help get my period issues under control, and I really wanted to find a natural one. I did juice cleanses, saw practitioners, and bought a salary-breaking number of supplements, but nothing worked. I was never a fan of synthetic hormones, especially because I was told they wouldn't treat the cause of my issues, just the symptoms, but uncertain of what else I could do, I decided to try taking the pill. My body did not react well. After 10 days on hormonal birth control, I had a cardiac episode and lost vision in my left eye for a few hours. That was the end of that.

But the pill sparked the idea that changed everything for me — if a hormone imbalance was the issue, rather than putting synthetic hormones in my body, could I get my endocrine system to make balanced levels of hormones in the first place? Would that end my condition?

I changed the direction of my education so I could dive deeper into hormones and nutrition. I was shocked to learn that my story was far from unique. Most women who have period problems, from PCOS to fibroids to endometriosis, are offered little medical support. At school, I learned about groundbreaking epigenetic research revealing that the two key levers in gene expression were diet and lifestyle. And so I set out on a journey of hormonal discovery.

I learned to evaluate my period color — that's right, period blood should look a certain way, and the wrong color can give you feedback about your hormones and fertility. I learned that enhancing fertility can include eating fertility-boosting foods, avoiding certain drugs, taking the right supplements, and keeping your distance from environmental chemicals.

One of my most profound discoveries was that our cycles don't just affect us on a monthly basis. Women's bodies have cyclical needs that shift from week to week and from decade to decade as we age.

Once I put what I'd learned into practice — which I later formalized as the FLO Protocol — I lost 50 pounds, my cystic acne disappeared, my skin glowed, and even my hair started to shine.

But, most importantly, my period came back. Within a couple of months, I was cycling regularly. And a regular period meant I would be able to get pregnant. Fourteen years later, when my husband and I decided to have a baby naturally at the "advanced maternal age" of 37, we were successful after three tries.

It was not lost on me that it was a gift to have been able to have a natural conception, a healthy pregnancy, and a child. I felt so grateful to have gotten started on my journey to hormonal balance in my 20s so I could improve and protect my fertility in the long term. I know how different things could have been had I not taken my hormonal health into my own hands, right then and there.

After putting my PCOS into remission, I gathered all of my research and shared it with the world as the FLO Protocol, creating a modern menstrual healthcare company for women with hormonal problems. Recently, I formulated the essential set of micronutrients every woman needs to balance her hormones. I knew I was far from the only woman who had been given a dire prognosis that was probably avoidable. The Centers for Disease Control and Prevention estimate that over 12 percent of women of childbearing age will have trouble getting pregnant — that's more than one in 10 women — and more than 7 million women in the United States have used some form of reproductive technology.

Infertility is prevalent because of a number of contributing factors, some are beyond our control, but others are triggered by a combination of lifestyle and environmental factors that impact our hormones. Our diet and the everyday chemicals we're exposed to can throw our hormones thrown out of balance — but it's often in our power to get them back on track.

Because cyclical self-care is the foundational piece of the hormone-balancing puzzle, I developed the MyFLO Period Tracker App so women could follow their hormonal clocks seamlessly throughout the day, week, and month. It enables women to have a better period naturally — and a better period is the essential first step on the road to fertility.

If you're young and not thinking about fertility, but experiencing symptoms as I did or have other diagnosed period problems like fibroids, endometriosis, or even just PMS, protecting your future fertility means paying attention to your body. If you're someone in their mid-to-late 30s or early 40s who wants to become pregnant but is facing a grim prediction from your doctor, there are things you can do to enhance fertility naturally. 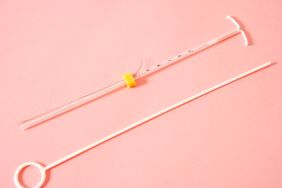 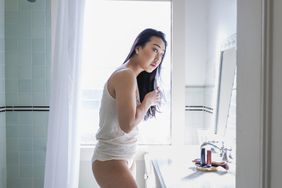 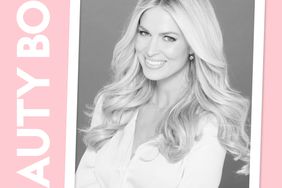