In Defense of Red Carpet "Pageantry"

With award season fast retreating in the rear view mirror, it might be time to consider what could be called the "crisis of red carpet commentary."

For years, the question “What are you wearing?” or, more precisely, “Who are you wearing?” in which the dress stands metonymically for the designer who made it, was posed without batting an eyelash. Host asked, actor answered, we all went away sated. But, this season, the question and indeed the swell of coverage that hinged on its answer, has come under fire. It is, so the argument goes, irrelevant, trifling and insulting to be so concerned with appearances when what really matters is the art. Is that true?

We at InStyle clearly have a dog in the fight. We devote a lot of resources to covering the red carpet and, more saliently, the intersection of fashion and celebrity is pretty much our bread-and-butter. So this is an existential question. There are many reasons why fashion coverage of the red carpet is a positive thing. Not the least of which is that it is wildly entertaining. Also, of course, as Harvard professor Elaine Scarry writes in On Beauty, when done wisely and in moderation, regard for beauty is a moral act. Mostly though it’s just really fun and really interesting to know who is wearing what and why and -- oh yes! -- she looks beautiful.

Eric Wilson’s 10 Best Dressed at the Oscars: Do You Agree?

As far as whether it is frivolous to inquire about fashion at all, that depends on whether one finds the entire endeavor of fashion malarkey. The red carpet serves as the largest exposure the general public has to the couture lines of some the world’s most talented designers. And what is couture but fine art in fabric? If one objects to the discussion of art, why watch an awards show anyway? Thought of this way, Lady Gaga in Alaia, Julianne Moore in hand-sequined Chanel, Jennifer Lopez in Elie Saab or Gwyneth Paltrow in Ralph & Russo isn’t a sideshow or a divertissement. It’s the thing itself.

But the case to be made here isn’t listing all the reasons why coverage like this is right, but more why it isn’t wrong. The objections usually are that we, as media and as viewers, should be focusing on more substantive issues like the films for which the actors and actresses are being honored, that by asking about clothing, we are being frivolous. But think about it. These questions are being posed on the red carpet. The red carpet is, by definition, a glorified walkway. Stars walk along it to get from Point A to Point B, while each step is caught on camera in a million flashes like Duchamp’s painting Nude Descending a Staircase. Is this, this spectacular thoroughfare, really the appropriate forum in which to have a serious and probing discussion about, say, the gender politics of Wild or the knotty and complex political issues of Selma? Is it even the right place to have a nuanced discussion about an actor’s performance? I would say no. As for the deeper and more serious issues, some topics defy soundbites. They merit full and often painful discussions. To try to shoehorn them into the few seconds a host has along this scarlet roadway is to treat lightly that which isn’t. As for whether red carpet questions should be more precisely directed toward performances, what are you going to get in 30 seconds beyond a cursory question and a rote answer. “Oh my god, you were so great in X.” Answer: “Thanks. It was such an honor to work with talented director Y.” Who wins in that exchange? Only the Gods of Dullness.

This isn’t to say the deeper issues should be ignored. Not at all. It is our responsibility as a society to tackle them. Should actors simply become mannequins? Again, no. But there are plenty of other fora for them to discuss their craft, their experiences, their causes in a way that seems to offer more of a chance for a complete discussion. For a few hundred yards a few nights of the year, the stars are on brilliant display. They shine with a diamond light. Is there really anything wrong with keeping the questions light too? 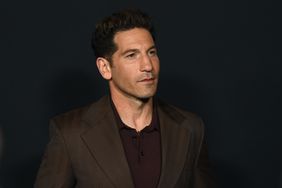 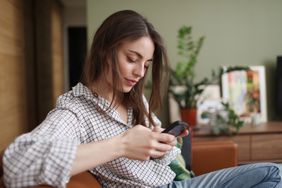 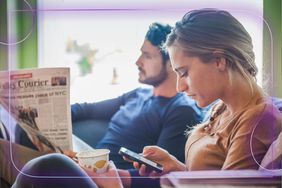