Dax Shepard is celebrating a major milestone today. The Boss actor, who has been open about his past struggles with addiction, headed to Twitter to pay tribute to his wife Kristen Bell and their children Lincoln, 3, and Delta, 1, as he marked the anniversary of his sobriety.

"12 years ago today I came out of my last toxic, life threatening stupor," he tweeted. "I now have a wife & babies & some self-esteem #gratitude #promises."

Like Shepard, Bell has also been candid about her husband's recovery, and recently opened up about how it has affected their lives since they tied the knot in 2013. As she shared photos from their wedding for the first time during an interview with CBS Sunday Morning in July, the Bad Moms star said, "[Dax] is a wonderful father." 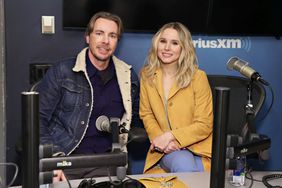