The front row at Louis Vuitton runway shows typically attracts celebrities like Selena Gomez and Alicia Vikander, but the beloved campaign stars weren't present at the brand's spring 2017 menswear show in Paris on Thursday. Instead, two of Britain's biggest style icons, among others, filled their seats: David Beckham and Kate Moss.

The former soccer pro lent his charm to the event and arrived in a black-on-black ensemble with a loose-fitting sweater, trousers, and a casual pair of white-sole sneakers. His classic Ray-Ban sunnies, not to mention his always-suave, slicked-back 'do, were enough to make everyone swoon over his arrival.

Meanwhile, Moss practiced the art of pajama dressing with a pastel and blush-toned graphic trousers and blouse set, when she paired with a dark gray trench coat.

The topic on the tip of everyone's tongue was reportedly the U.K.'s European Union membership vote, which takes place Thursday, but guests found a brief reprieve thanks to Vuitton men's Artistic Director Kim Jones's latest show. 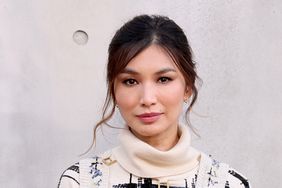 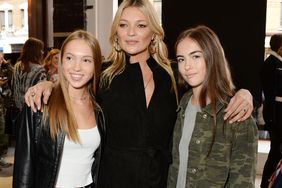 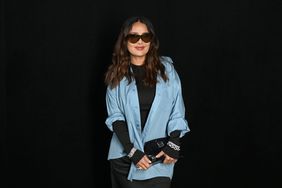