The all-female Ghostbusters reboot just keeps getting better and better. Dan Aykroyd, who starred in the original film, confirmed on Twitter Tuesday that he will be making a cameo in the upcoming all-female reboot of the classic flick—before quickly deleting his tweet. "On GB set shooting my scene with funny beautiful Kristen Wiig Lady GB's are adorable, hilarious and badass Exhilerating! #ghostbusters," the actor originally said.

Although he deleted the tweet, Entertainment Weekly has since confirmed that the actor will indeed be making a cameo in the film, but what part he's going play is yet to be disclosed. Hey, it's not really Ghostbusters without Dan Aykroyd, right?

We've Got the First Pictures From the Set of the All-Female Ghostbusters—and Yes, There's Slime
Related Articles 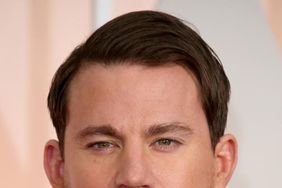