While dating a prince may seem like a page out of a fairytale novel, in reality, it can have its pitfalls. And, what the fictional scenarios don’t prepare you for are a potential split between the prince and his lady, and life post-breakup. Just ask Cressida Bonas, Prince Harry’s former flame, who dated the royal from 2012 to 2014.

On Tuesday, in an interview with BBC Radio 4, the 28-year-old opened up about the downside of being attached to a prince. “I think it’s that thing of being pigeonholed," she said during the Woman’s Hour radio show. "Especially in this country, I find people are very quick to put you in a box or put you in a corner and think, 'Oh, well you’re that, so you must be that.'"

VIDEO: Prince Harry Almost Quit His Life as a Royal

Bonas, a budding actress, who stars as Sonia in the play Mrs. Orwell, finds it particularly difficult to pursue her dream career. "It’s incredibly frustrating, especially in the industry that I’m in," she said. "But, you know, it is the way it is."

But the ex-girlfriend label doesn’t deter Bonas from going accomplishing her goals—it’s rather a hurdle that she leaps over effortlessly. In addition to her role in Mrs. Orwell, the British beauty has had parts in films, like Tulip Fever and The Bye Bye Man, in 2017. “It’s about making a stand," she added. "Saying no, this is who I am and this is what I want to do." 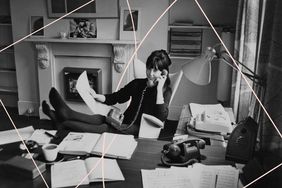