From Costume Designer Susie DeSanto: It Was All Denim And Diamonds On Nashville Season 2, Episode 5

A dress code of denim and diamonds was required last night for the country stars of Nashville who lit up the screen with their sparkly ensembles. The new episode found Rayna (Connie Britton) struggling to rehab her voice and being forced back on stage after presenting Juliette (Hayden Panettiere) with an invitation to join the Grand Ole Opry. Costume designer Susie DeSanto chose that theme for this episode’s benefit as a way to try something different. “They were shooting all these parties at the same time we were prepping for this one and the denim and diamonds ball is a very prevalent theme, they do them all over the south,” DeSanto told InStyle.com. “The theme really lends itself to country, all of my stars were there, but no one was slated to perform, and Rayna’s performance is unintentional. So she needed something with glitz without making it look like a concert choice or performance look. Something that helped the story and let me make the girls look festive.” View the gallery to get more exclusive details about this episode’s looks and make sure to tune in to Nashville on Wednesdays at 10/9c on ABC.

MORE:• Everything You Need To Know About Nashville • Hayden Panettiere is Engaged! • See Connie Britton’s Transformation 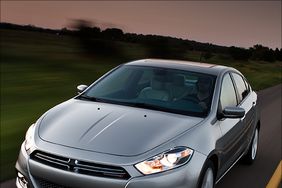