The fashion brand sent white models down the runway in a controversial hairstyle.

Comme des Garçons is facing major backlash after the fashion brand debuted its fall 2020 menswear collection during Paris Fashion Week — and, this time, it wasn't the wacky clothes causing social media to meltdown.

On Friday, the Japanese fashion house sent models (mostly white) down the runway wearing lace-front wigs designed to resemble cornrows, and critics were quick to call out the brand for cultural appropriation.

"I feel exactly how these wigs look: tired, disinterested in being here," style and beauty blogger Tasha James wrote on Twitter, while Canadian fashion designer Tani — who was among the first to question the brand's styling choice — tweeted: "Lmaoooo why?!”

Meanwhile, another user suggested a potential motive for the controversial hairstyle, writing, "They do it on purpose now to attract attention to their new lines... it's outrage marketing." Regardless of the motivation, it's clear the brand was reckless with their creative license.

It's also important to point out that this isn't the first time Comme des Garçons has come under fire for racist behavior. In February 2018, writer Martin Lerme wrote an article titled, "Why Won't Commes des Garçons Hire Black Models?" In it, Lerme brought attention to the brand's lack of diversity on the runway, and through his research, he found that the brand hasn't cast a black model (or any model of color) in more than two decades.

Gucci Apologizes After $890 Sweater Is Likened to Blackface

"After reviewing the 54 runway shows (excluding the as yet unavailable Fall 1991 season) on Vogue, which includes a total of 2,533 looks, I was only able to identify 5 black models — a total of 32 appearances comprising 1.26 percent of the total runway exits — over the entire covered time span," Lerme wrote, adding: "The last black model I was able to find who traversed the coveted Comme runway was Chrystèle Saint Louis Augustin in the Fall 1994 show."

Comme des Garçons has yet to comment on its latest controversy.

In Defense of Ed Hardy
It's Been 10 Years Since Rebecca Black Released "Friday," and the Internet's No Kinder to Young Girls 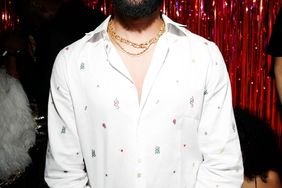