This feature first appeared in the March issue of InStyle. For more stories like this, subscribe to the magazine now.

No wonder Dolce & Gabbana picked True Detective Season 2 star Colin Farrell as the face of its new aromatic, woodsy scent Intenso ($89; saks.com). He feels strongly about fragrance…and nearly everything else.

On wearing Intenso:“Truthfully, I have not worn cologne in 20 years. But today I am wearing Intenso. If I didn’t like it, I would lie straight to your face. But I actually do. It’s a delicate mix of masculine and feminine but not overpowering.”

On being on True Detective:“I haven’t done TV in years, and it’ll be the same thing as doing film. But the head plays tricks on you, and you think, 'Am I giving up now?' And that nonsense. I know there’ll be misgivings, suspicions, or daggers. But it can create an intense experience in the moment.”

On loving Liz Taylor:“I was lucky enough to call her a friend in the last few years of her life. She exercised kindness every day. I didn’t know her when she would’ve been at her most high-voltage. I can only imagine.”

On walking the red carpet:“I don’t like being stared at. It’s a very unusual and awkward position to be in. For some people, it’s easy. It’s not one of life’s great problems, but there’s a physiological response to that much noise, chaos, and attention.”

On being his intensest ever:“Alexander [2004] was intense on every level—the makeup, the hair, the shoot. And it was an intense disappointment. It was a bomb. But I would do it all over again. I stand by the movie and will to my dying day. If I did it again, I wouldn’t be so intense, for the betterment of the film.”

On his grooming routine:“I’ve been shaving for over 20 years now, and my skin never seems to get used to it. I still tear myself up, even with a razor that has all these protective guards. So, I don’t shave every morning by any stretch of the imagination.” 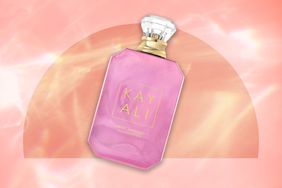 Our Editors Were Obsessed With These Beauty Products in April 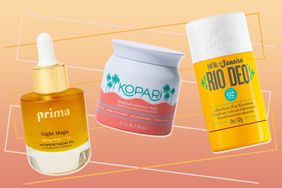 I Test Beauty Products Every Day, and These 10 Have Earned a Permanent Spot in My Daily Routine